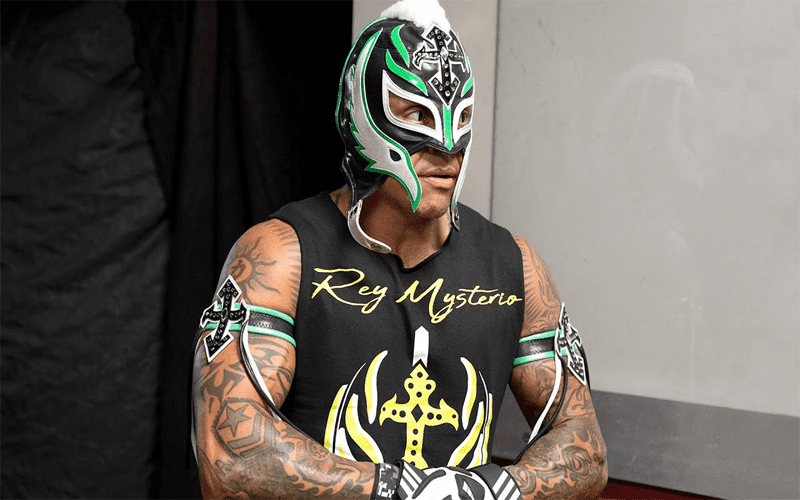 Fans in Boston were a little let down after Rey Mysterio didn’t show up at the house show on Sunday night, but it looks like they won’t be the only ones who will miss seeing Mysterio. Although it’s uncertain exactly clear why he had to miss the Boston show, Mysterio was pulled due to “a change in plans.”

Our good friends at PW Insider have confirmed that not only will Rey Mysterio be missing Boston, but he was also pulled from the White Plains, New York show as well. He remains a part of SmackDown Live’s roster and is still scheduled for the Crown Jewel event to take part in the World Cup Tournament from what we have been able to tell as well.

WWE sources confirmed that there was a change in plans so Mysterio was taken off the road after appearing at the Hartford, CT show. It is being said that this is not injury related either, it was just a change in the live event and things were changed around.

So don’t be too disappointed if you’re expecting to see Mysterio in White Plains tonight, because he won’t be there. Hopefully, this isn’t a sign of even more instances where Mysterio will be advertised but not appear as well because he has a pretty full calendar with WWE for the remainder of 2018 already.