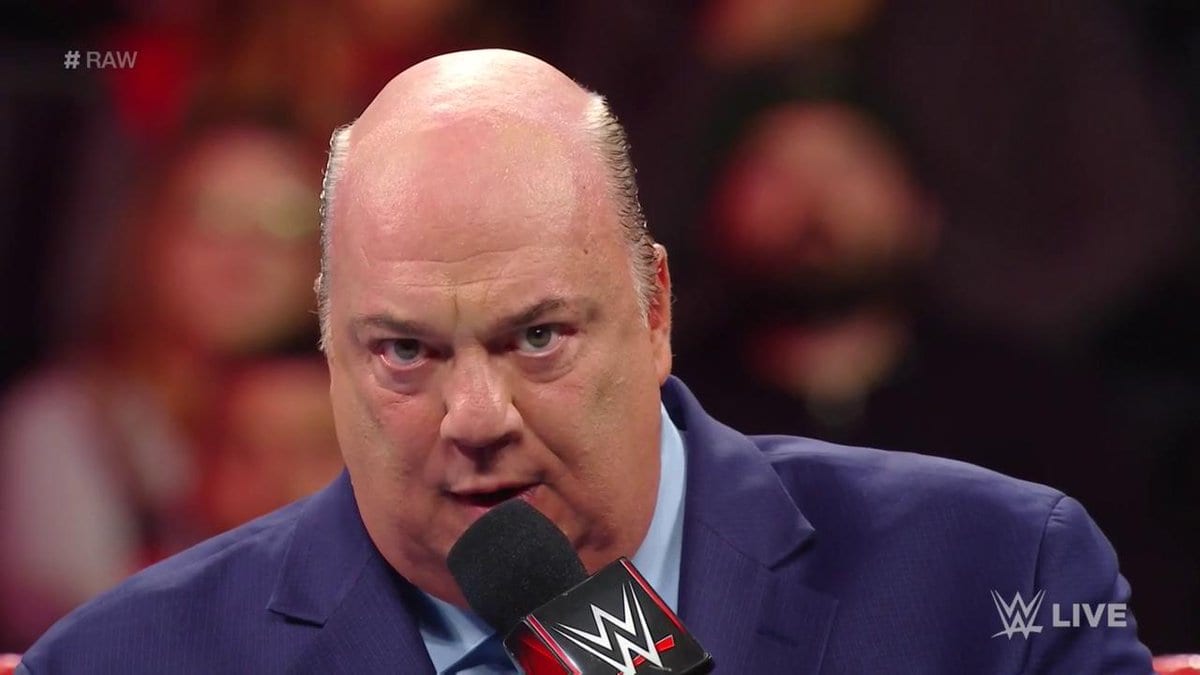 Paul Heyman came to the ring during the 2nd hour of Raw tonight while the WWE Universe was still feeling the effects of Roman Reigns’ announcement that he is suffering from leukemia and he must take time off to beat the disease.

Heyman had tears in his eyes as he said his thoughts and prayers were with Roman Reigns. He spoke about what a privilege it was to share a locker room with him. He said that we witness sacrifice because what Reigns did was sacrifice his career because he couldn’t fulfill the obligations of being a WWE Universal Champion.

Then Paul Heyman went into his promo where he hyped the fact that Crown Jewel will host Brock Lesnar vs Braun Strowman. The winner will be the new Universal Champion, but they will have to prove that they’re worthy of being the man to replace Reigns —  Heyman said: “it sure as Hell isn’t Braun Strowman.”

Then he went into a usual Heyman promo in his usual style putting over The Beast Incarnate Brock Lesnar. But there was a time in the beginning of this promo that started off with a huge dose of reality that Paul Heyman started to really feel the gravity of the moment.

Braun Strowman then came down and said that as soon as Roman Reigns beats his leukemia, he’ll be back and he’ll be first in line but for now, Brock Lesnar is going to get those hands.

"There's only one being in this match…that's worthy of the honor of being YOUR champion."