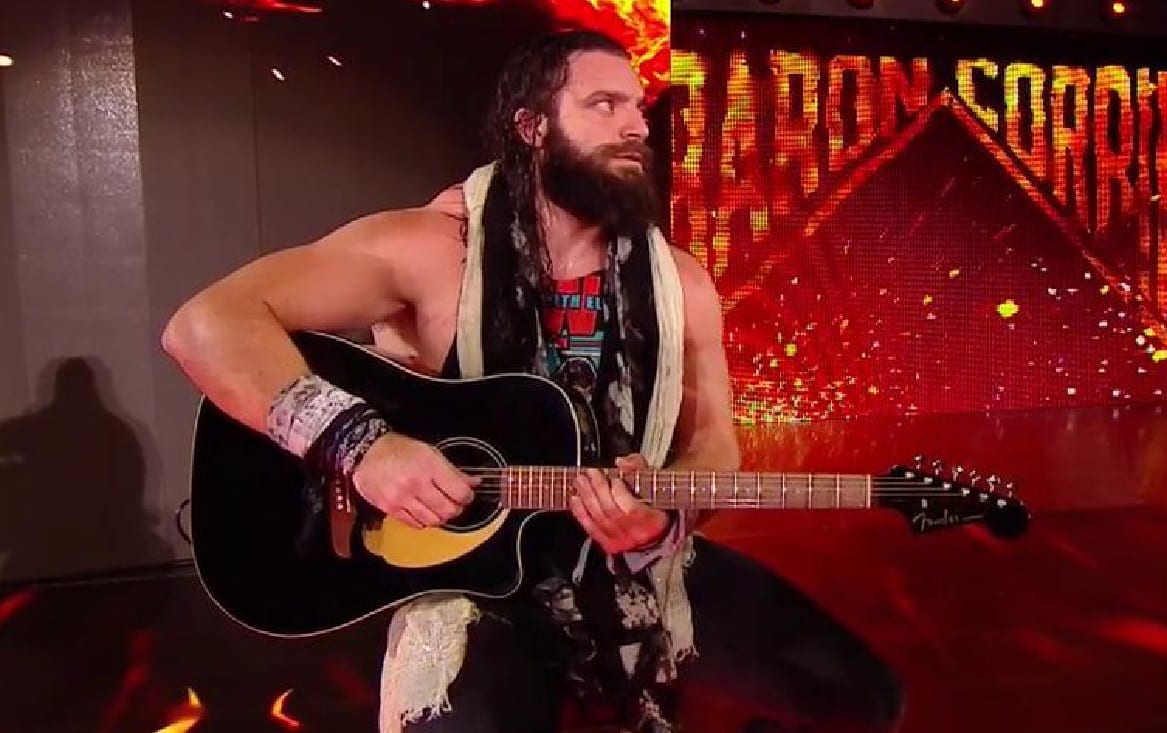 Elias has been a bad guy since he came to the WWE main roster, in fact, he’s been a heel since signing with NXT. The Drifter, Elias Samson soon lost every name he had except for 1 because WWE stands for Walk With Elias.

Roman Reigns’ shocking announcement that he has leukemia and must vacate the Universal Championship means that there is not only a huge hole in the fans’ favorite Superstar polls, but it also created a void in the babyface side of the roster.

WWE needs both heels and babyfaces and since Elias is so over with most crowds anyway, he stuck around on Raw this week after his win and wanted to sing another song. Baron Corbin soon came out and did a great job degrading Elias and making him feel very bad — it brought sympathy for him from the crowd. Elias was soon walking off by himself — but he would return.

Elias sprung back with his guitar in hand and whacked Baron Corbin with it, smashing the instrument into a million pieces. Whether or not he switched out his actual playing guitar with a worked one is another story, but one thing is for sure — it brought a huge pop from the crowd.

Therefore, Elias is now a babyface as Raw tries their best to stack the roster following Roman Reigns’ shocking announcement.