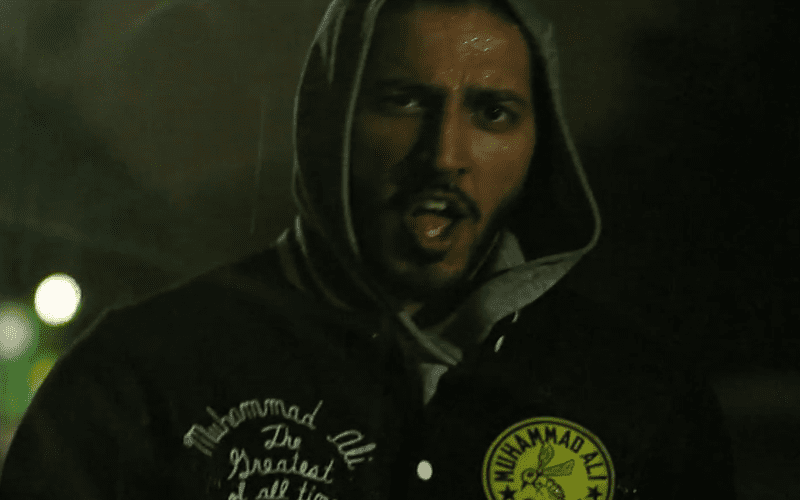 205 Live Superstar Mustafa Ali has taken to Twitter to shoot on the product as the Cruiserweight-based show prepares to hold it’s hundredth episode this week in Newark, New Jersey.

205 Live originally debuted back on November 29, 2016, and has featured numerous competitors from around the world. Three former Cruiserweight Champions have left the company, while the other four, including current Champion Buddy Murphy, remain a staple of the brand.

Ali originally took to Twitter to reveal he’d be doing a quick Q&A as he prepares to head to Newark for the show, which tapes tomorrow before SmackDown Live and will air the day after on the WWE Network.

Twitter user @EC3WinsLOL asked Ali what his opinion on the 205 Live product is, given he has been with the company since the first episode after being nothing more than a replacement participant in the Cruiserweight Classic.

Ali responded, claiming there is no roster in WWE that has more harder working people than those who compete on 205 Live. He claims there are so many obstacles to overcome, and yet they still manage to do that every week.

People don't realize how hard the #205live roster works. There's no roster that performs at our level with so many obstacles to overcome. Yet we do it every week. https://t.co/Yd4NuwPHax

This also prompted the Champion in Murphy to respond to one of his biggest rivals, agreeing with the competitor, who also made his video game debut in WWE 2K19 earlier this month.

Ali is scheduled to face Hideo Itami on the hundredth episode in a Falls Count Anywhere match. You can find his promo ahead of the match below.

Next week on the 100th episode of #205Live, Hideo learns there is nowhere to run. Whenever he goes, I go. @WWE @WWE205Live #fallscountanywhere #205Live pic.twitter.com/y0rdyQJeT9

Are you a fan of 205 Live? Who are your favorite competitors on the product? Let us know your thoughts, opinions, and reactions in those comments below.