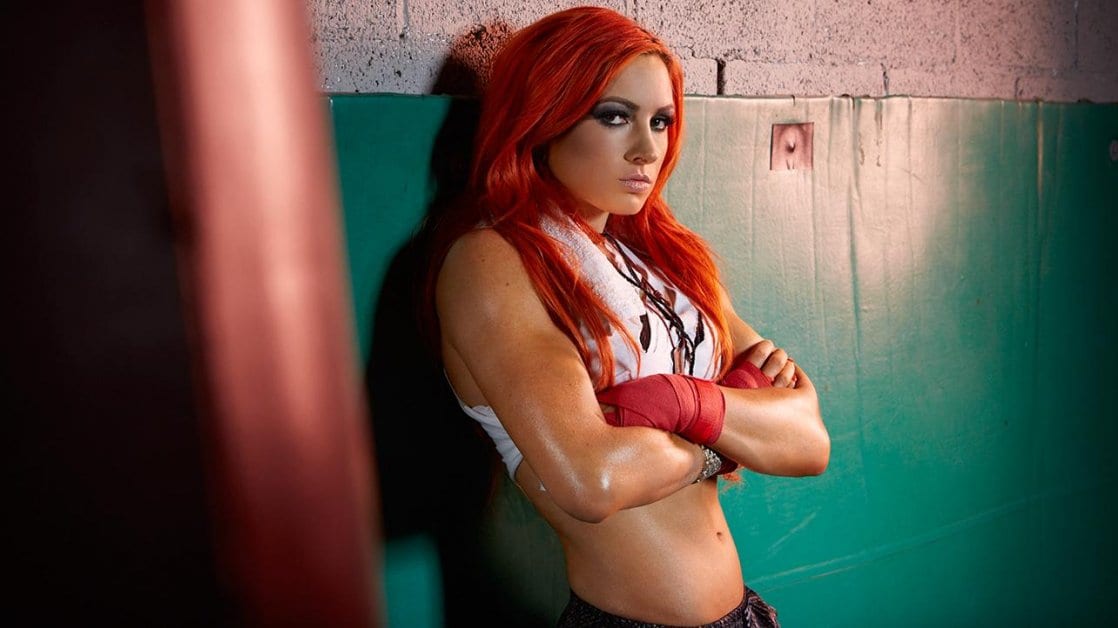 WWE is a big company and sometimes the merchandise people will have something ready that the production crew is completely unaware of. Since this happens from time to time, we usually ignore it but this instance is pretty blatant. Becky Lynch has a new t-shirt which features a nickname on the front of the shirt — the entire front of the shirt. The only problem is that she’s never been called “The Scarlet Spitfire” before in WWE.

Becky Lynch is the current SmackDown Women’s Champion so that naturally comes with a good amount of a push in a couple of different departments. So Lynch got some new merch, only the design team might not have heard her ever addressed on television before, or maybe they were just making up their own name that they hoped would get caught on.

We’ve done an exhaustive search for “Scarlet Spitfire” with Becky Lynch’s name in all sorts of combinations and we just can’t find anything — because it doesn’t exist.

So you can buy this new Becky Lynch merch if you like, and we’re not saying you shouldn’t (although RSN has a couple of new awesome t-shirts availble too). It will also be very interesting to see if the SmackDown Live announce team starts crowbarring in “The Scarlet Spitfire” into Lynch’s segments and matches to catch up with the shirt that’s already on the market. 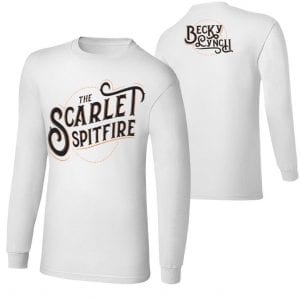