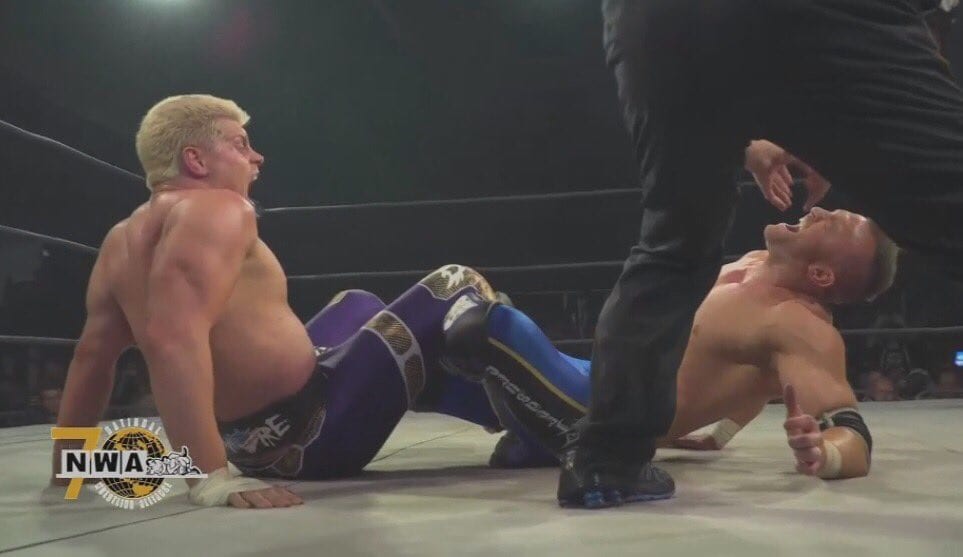 Cody Rhodes lost the NWA World Heavyweight Championship at NWA’s 70th Anniversary and it left plenty of fans shocked about what happened when Nick Aldis won back the championship. Things are even more curious if you consider the fact that Cody’s ROH contract is running out at the end of the year and he needs to make a big decision.

Our friend Mike Johnson said on PW Insider Elite audio that Cody’s current situation is “in flux” but also proposed that he has another opportunity to regain the NWA World Heavyweight Championship before he theoretically makes his next big career decision.

“Obviously Cody’s future is very much in flux at the moment. Now without speaking to anybody, it’s also possible that, ‘Hey we’re going to flip the title back and Cody is going to chase it and you know they can do something in 2019 when he’s free and clear of Ring Of Honor, or maybe WrestleMania weekend at Madison Square Garden, or wherever, who knows?”

“But to me, I’m curious to see what the circumstances beyond the title change was. I don’t know what those answers are when we recorded this. I did kind of feel that Cody dropping the belt kind of quelled some of the momentum of the championship. I don’t think the crowd in Nashville expected that at all. I think they went off the air like, ‘What just happened?'”

Cody’s father Dusty never held the title for very long during his reigns with the championship. So perhaps Cody just decided to drop the title using that train of thought?

Only time will tell what Cody Rhodes does next, but the end of NWA’s 70th Anniversary Show certainly surprised a lot of people. But at this point, we will just have to wait and see what their next move is especially when it comes to Cody Rhodes and his future career decisions.