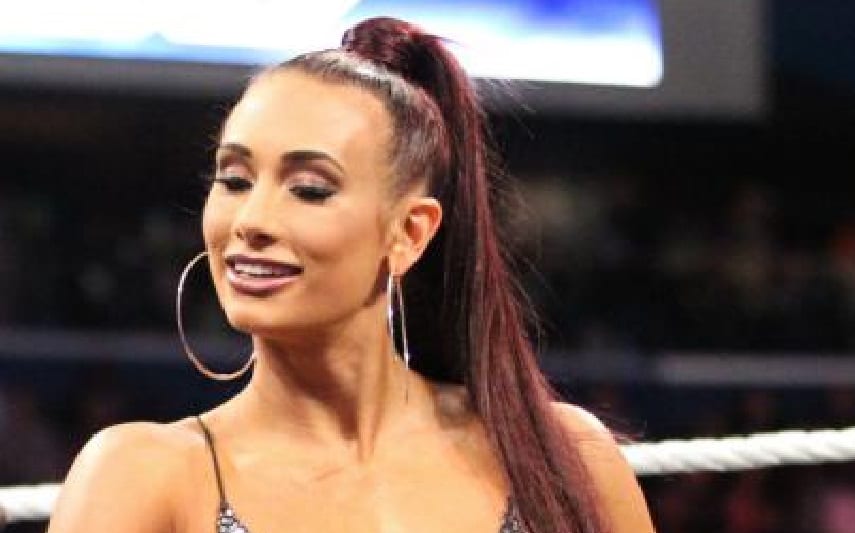 Carmella might not be the SmackDown Women’s Champion anymore, but she is still on television and a pretty entertaining part of Truth TV — face it, the dance breaks would be nothing without Mella. But R-Truth didn’t team up with Carmella when WWE rolled into Hartford on Saturday night, instead, she teamed up with Asuka to take on The IIconics.

Carmella has been through several interesting situations in the ring so far from winning the first 2 Women’s Money In The Bank matches to wrestling with James Ellsworth. But apparently, Carmella took a pretty funny tumble on the way to the ring for her tag team match at WWE’s Hartford live event.

DJ Trap-A-Holics claims that he has footage of the fall, but he’s not releasing the footage. In spite of several pleas to get our hands on the footage, he’s still not budging out of respect for the former SmackDown Women’s Champion.

@CarmellaWWE ummmmmm!!!! Yea I caught that spill you just took down the ramp here at #WWEHartford 😭😂 don’t worry i wont post it

I’m literally the most clumsy…. 🤪🙃 https://t.co/Ec5ohTwrPA

You can check out the entire match below thanks to some brave fans who got their video cameras out during the match.