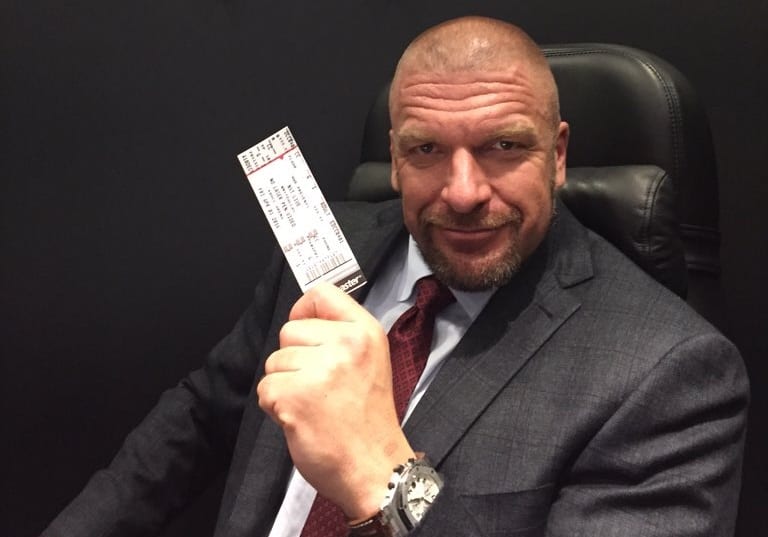 The WWE Performance Center is a well-oiled machine at this point with amazing coaches from all parts of the business willing to do whatever is needed to help talent along. But we rarely get a look at what it’s really like behind closed doors.

James Storm was recently on I Left My Wallet in Greg Polanco where he discussed the NXT television he attended in 2015 where he had one match against Adam Rose. He praised Rose for being so easy to work with in the ring and knew as soon as they locked up that he would be great. But after the show was over, Storm observed and was impressed with how they ran things backstage in NXT.

“It was one of those things were after that first match I went back and I was talking to Hunter you know to me NXT was really cool. Like you were in this room, it was like this giant movie theater room kind of where you could sit there and watch the show so everyone wasn’t crammed around a little monitor. It was really, really cool.”

“After the show, Hunter would come in and address everyone and he would give out a gift certificate or award or whatever to who he thought the hardest worker there was that night or whatever. To me I thought it was really cool it made everyone want to step up their game.”

“Because they wanted Hunter to say their name to recognize them so everybody was busting their ass. I was just like, ‘Man this is really cool.’ You had [Michael] Hayes that came in and he said his stuff, Hunter would come in and he’d try to calm it down and he’d tell everybody ‘good job’ and ‘work on this’ blah, blah, blah. I was like to me this is how wrestling should be not as soon as you’re coming behind the curtain they’re yelling at ya.”

“Then afterward Hunter would stand off to the side and the guys were able to just go up and talk to him and see what he thought and what they could work on. I was like, ‘Is this really happening? You know?’ I wish I had something like that when I was starting out.”

Storm ended up declining a WWE contract and signed a 2-year deal with guaranteed money for Impact Wrestling instead. But you never know when they might need a guy like James Storm because he could play any character given to him at this stage in his career.