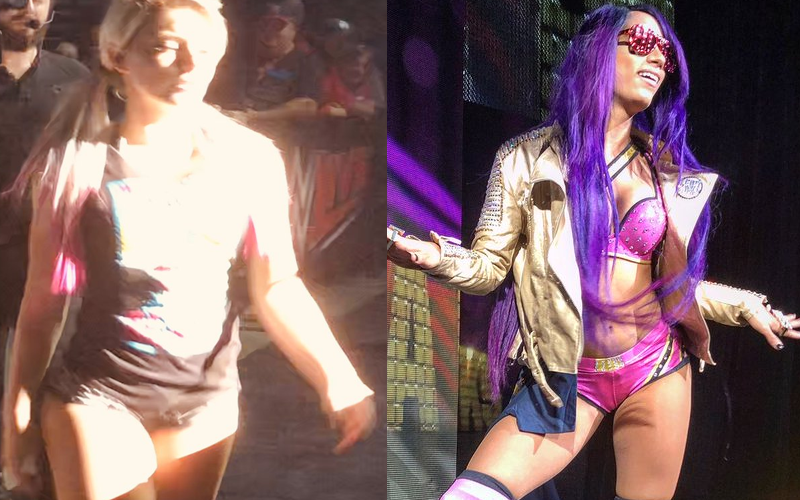 Both Sasha Banks & Alexa Bliss finally returned to in-ring competition after not competing in any recent matches.

Sasha Banks teamed with Bayley & Dana Brooks and picked up a win over Ruby Riott, Live Morgan & Alicia Fox at the WWE Live Event in Bangor Maine on Friday night. Banks made Morgan tap out for the victory.

Alexa Bliss, who was recently cleared to return to action, teamed with Mickie James and lost to Ronda Rousey and Nia Jax when Ronda made Bliss tape out.

Below are photos from the event.

So Happy to see @AlexaBliss_WWE tonight at #WWEBANGOR also Teaming With @MickieJames and Prepare For #WWEEvolution better than Team bestie Who is Sitting on the Couch Watching them every Night😎 pic.twitter.com/FAyNN1Pxc1