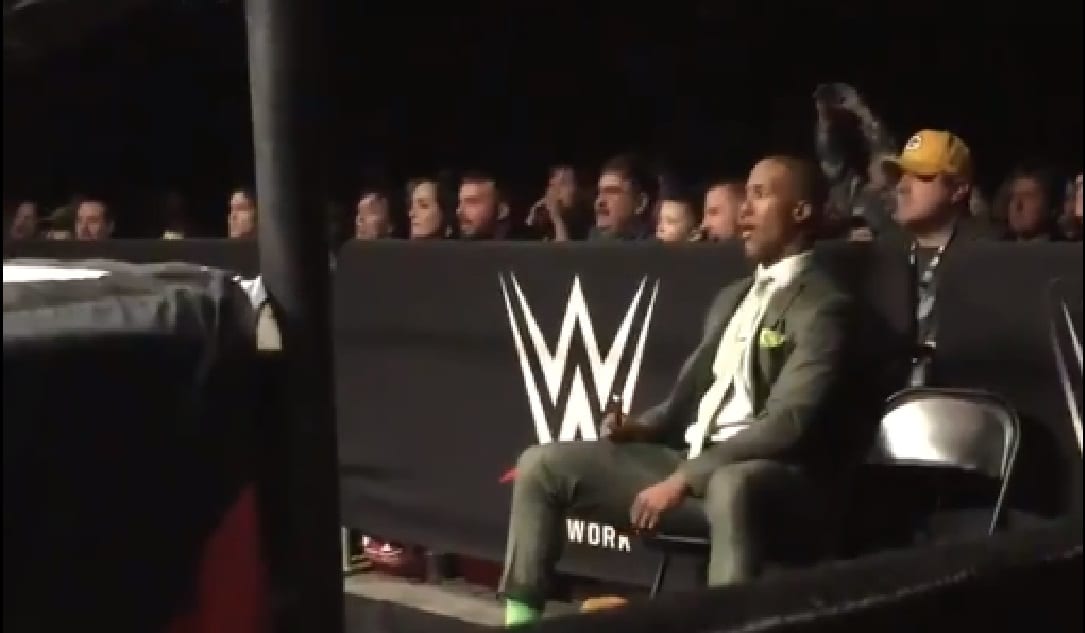 Byron Saxton loves being a part of WWE. He might get told to “shut up” by Corey Graves every now and then on SmackDown Live, but that won’t stop him from enjoying the show.

When you’re sitting ringside, it’s hard not to get into the action, but one fan who was lucky enough to get front row seats couldn’t help but notice Saxton as he sat at in a chair and marveled at the action in the ring.

One fan captured footage of Byron Saxton sitting ringside during WWE recent house show on Bangor and as you can see, he’s all about the show. She said that he was also very nice and loved how much he was getting into the action.

So the next time you’re at a WWE live event, it might be a good idea to pay attention to the people around the ring who might not even be part of the show. Because even if they’re not in the ring, they still have a spotlight on them and they know it.

Seriously loved how @ByronSaxton was so involved in every match! Not to mention how nice and sweet he was! #wwebangor pic.twitter.com/WY84cEQGxL