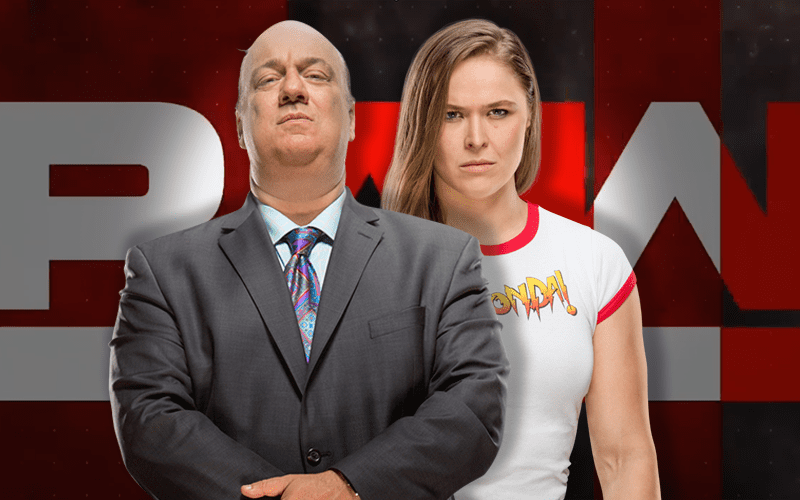 Ronda Rousey has impressed several people since coming to WWE and her WrestleMania 34 match with Kurt Angle taking on Triple H and Stephanie McMahon was just the start. Now she’s on her own and the Raw Women’s Champion with a Bella Army to take out in her crosshairs.

The Wrestling Observer Newsletter reports that while Rousey did write her Raw promo this week which included some great lines of eradicating the Bellas like they’re smallpox, she had some help from Paul Heyman.

It is said that Rousey has been working with Paul Heyman backstage as he’s produced all of her segments as of late because she feels comfortable working with him. So he gave her some big points to hit like talking about kicking down the door to Cena’s bedroom and milking her celebrity relationship for all she could to get famous.

Heyman also helped write the Bella’s lines in response about helping other women at the beginning of the WWE Women’s Revolution.

Only time will tell if WWE will ever place Rousey and Heyman together on screen, but at this point, it seems like they might have found a very workable compromise.