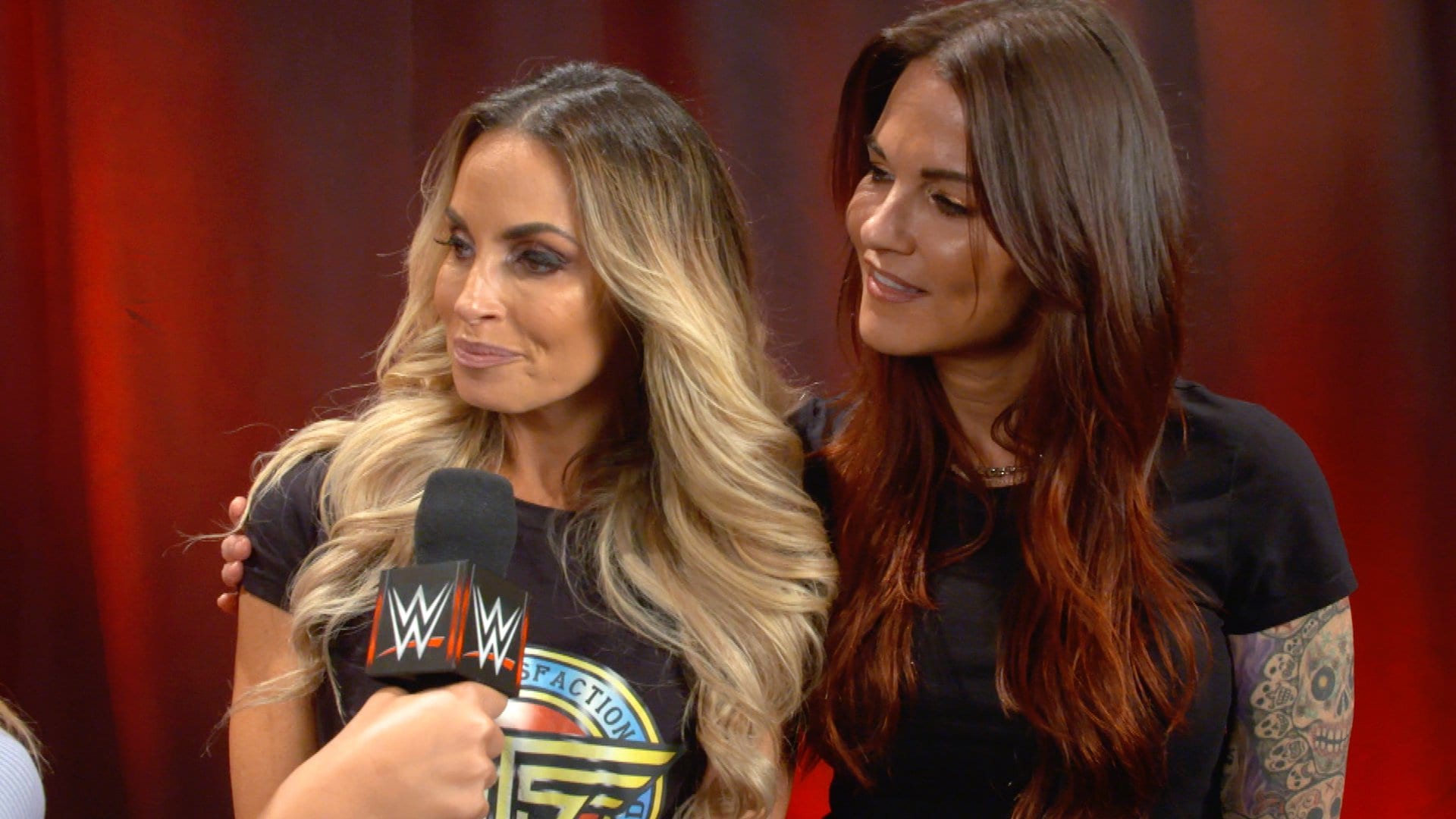 WWE Hall of Famer Lita is set to return to the squared circle once again alongside her best friend Trish Stratus as the legendary duo are set to take on former RAW Women’s Champion Alexa Bliss and the future Hall of Famer in Mickie James.

Lita likely influenced hundreds of women over the years to pursue careers in wrestling. Many of the current female performers under the WWE banner have come forward in the past and confirmed stars like Lita are the reason they are in the business to this day.

With Evolution set to take place next Sunday in Uniondale, New York, RAW Superstar Natalya had the opportunity to interview Lita for her Calgary Sun column. Lita would go on to provide an insight into why she accepted the offer to compete at Evolution and what Stratus has to do with it.

Getting right down to business, Lita revealed that she and Stratus decided that if they ever returned for a proper match, they’d want to do it together. Given that they didn’t interact back in January during the Royal Rumble, Lita now feels it is time for them to get out there and fight together.

“We’ve always said if we came back for a match, we’d want to do it together. We didn’t get to have any interaction in the Royal Rumble, so we’re making up for that now. It’s great knowing your best friend is out there with you and you just know you have each other’s back’s 100%. I can’t wait to get out there with her at Evolution.”

With such a huge match just days away, Lita explained how she has been training for her return, which will surely be one of the more anticipated bouts of the night.

“I feel really great these days. I don’t train hard, just smart. I want to be able to move and feel good, so while I prioritize activity, it’s not always a gym thing. I do yoga, rock climbing, hike, and surf. I will hit the gym some days just to get in and out, but I prefer to get outside and feel my body perform, rather than sets of traditional exercises. Living in California, I have the luxury of year-round weather and I take full advantage of it.”

Finally, Lita explains that there was a lot of experimentation during the Attitude Era, as the company attempted to define what did and didn’t work, and how they could improve their product. Lita never expected the fans to have such a wild reception to her and Stratus.

“I think the Attitude Era had a lot to do with trying new things and seeing what worked. I don’t think anyone thought the fans would respond to me the way they did. I completely attribute the fans’ response in what allowed me to continue to explore my uncharted path at WWE.”

With that said, Lita and Stratus aren’t the only WWE Hall of Famers set to appear at the event. WWE has confirmed multiple Superstars from the past, present, and future will be involved in the show. The expectation is that most others will be in the battle royal, where the winner receives a title shot.

Who do you think will win Lita’s match? What match are you most anticipating? Let us know your thoughts, opinions, and reactions in those comments below.

With H/T to Natalya Neidhart for the Calgary Sun.