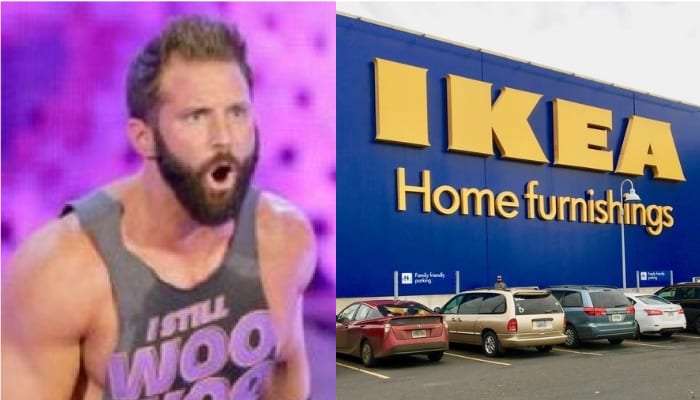 Zack Ryder is a very busy guy and doesn’t have time to worry about his things working properly, but a recent purchase from furniture store Ikea did not go as planned at all. In fact, it could be getting very frustrating.

Ryder ordered a dresser and even paid an extra $200 for Ikea to send their team of Task Rabbits out to put it together. But the worker bunnies apparently failed at their job. Now Ryder is stuck without a dresser that has uneven drawers even though the dresser was built correctly. Maybe it’s just the appeal of owning something from Ikea that there’s going to be something wrong with it but you still have to make do.

Ikea didn’t seem to respond so Zack Ryder sent out another tweet a day later because he didn’t get anywhere with their customer service and now he’s even getting some help from Colt Cabana as well to get their attention. I guess we’re also helping by writing up this article too. So, help Long Island Iced Z out, Ikea.

Seriously though, we’ll come over and put together your next dresser for way less, Zack.