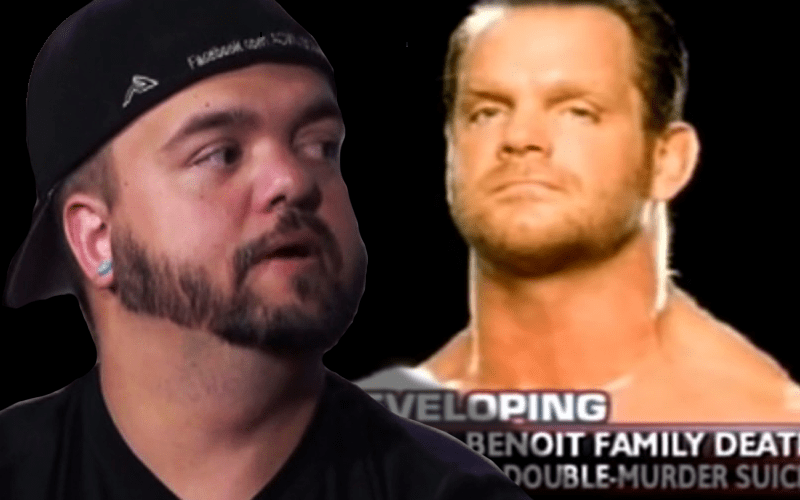 Chris Benoit was an interesting person when he was alive. He was quiet, but he loved pro wrestling. Hornswoggle got to know Benoit during his time in the locker room with WWE and he was shocked when the news broke that Chris Benoit killed his wife and child before hanging himself. It’s such a shocking thing and nobody will know what Benoit was thinking before the tragic events, but Swoggle doesn’t believe he did it.

Swoggle remembered the day when the news broke as he spoke in a YouShoot interview and all of the WWE Superstars surrounded the ring that day. He said Steve Austin asked, “did someone die?” because everyone was solemn. The initial word was that someone had broken into the Benoit house and killed the family and the plan was made for a memorial show that night.

He said he, CM Punk, Curt Hawkins, and Zack Ryder were riding together back then and they were in a hot tub watching their phones blow up as new information was released about Benoit’s death.

“Someone killed him. There’s too much evidence proving the evidence wrong I feel.”

He said nobody notified any changes in Benoit’s behavior and he rode with him twice and didn’t see any difference. He said they had a meeting about what happened but never talked about it again. He said that they just knew that it couldn’t be talked about. But Swoggle is still under the impression that the Benoit family was murdered because The Wolverine wasn’t capable of it.