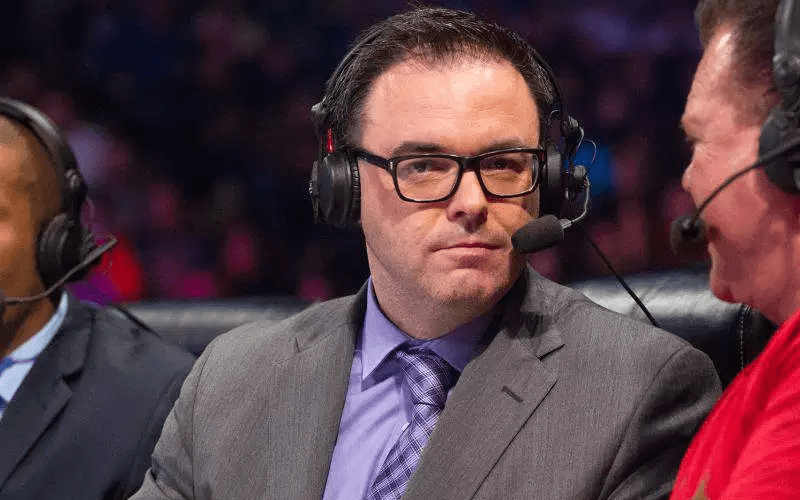 Mauro Ranallo is the voice of NXT, but he won’t likely won’t be heard on NXT for the next few weeks. He was absent from Wednesday night’s television tapings at Full Sail, but he had a very good reason why he wasn’t there. Vic Joseph was able to replace him on the tapings though.

Ranallo was receiving a Mental Health Advocacy Award from the Fountain House in NYC. He thanked his Showtime family for being there but interestingly enough didn’t thank WWE because apparently, they didn’t send anyone to be there to see him receive the honor.

Mauro wrote in an Instagram message: “Much love to my @shosports fam for coming out and supporting me last night as I received a #MentalHealth advocacy award from the FANTASTIC folks at @fountainhouse in New York City. Fountain House is the standard bearer for mental health care! #BiPolarRockNRoller #StigmaSmasher”

Hopefully, he won’t miss many more television tapings. But this time it was for a very good reason indeed.