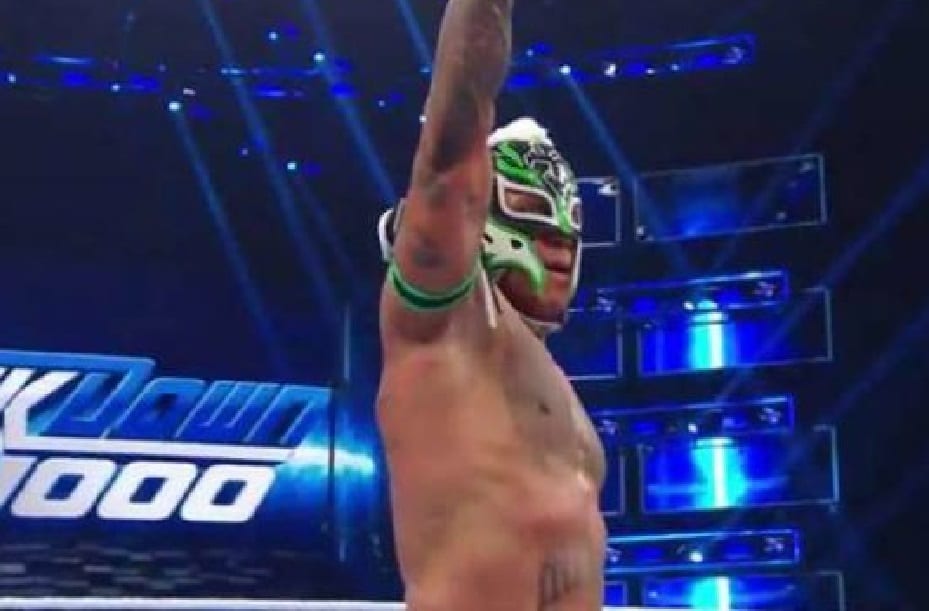 SmackDown 1000 featured the return of Rey Mysterio as he defeated Shinsuke Nakamura to claim his spot in the World Cup Tournament at WWE Crown Jewel. But the plan wasn’t for their match to happen so late in the show at all.

Mike Johnson spoke on PW Insider Elite audio about SmackDown 1000 and all that went on behind the scenes. It seems that whatever didn’t strike Vince McMahon’s fancy was enough for him to switch things around as Shinsuke Nakamura and Rey Mysterio prepared for their match.

“Batista was late to the show which we reported. So I don’t know if that led to them reshuffling the deck or whether in the last hour Vince went, ‘I don’t like this!’ ripped up the script and they restarted from scratch which is not unusual for big shows.”

“An hour before the show Rey and Nakamura was either the 1st or the 2nd segment because someone said to me, ‘Rey is going to be on really early on, I just looked at the script,” so they reshuffled things. But they were also running late. They were running against the clock and unlike Raw, they don’t get the overrun.”

“So they literally had to rush Rey and Nakamura out there that was probably not the original plan for Rey Mysterio. So it is what it is.”

Rey Mysterio will be around for a while at this point, at least 2 years with WWE and he’s booked for quite a few dates. Only time will tell if they eventually let him hold a title or what their plan is for Mr. 6-1-9, but it seems like his return to the company was just like old times as he had things switched around on him before he even made his official return.