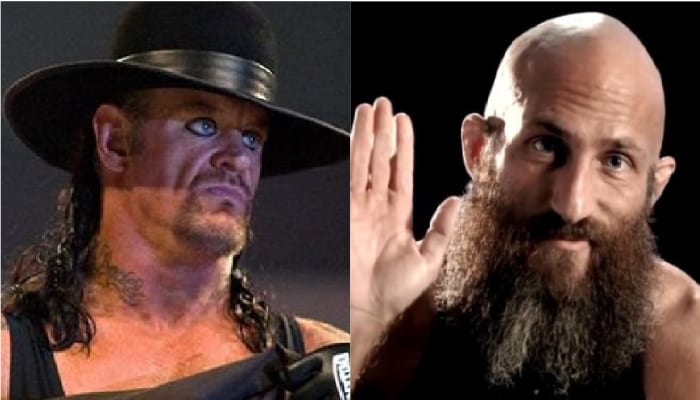 Tommaso Ciampa is one of the best heels to come around in a very long time. He is despised not only in the NXT ring as their top champion but also at airports when he won’t sign a bunch of items for people to sell on eBay. But it seems like he could be shooting pretty high with his latest challenge.

Ciampa got in Taker’s face so many years ago (13 to be exact) and he enraged Taker which didn’t go very well for Ciampa without a beard. But it looks like everything turned out okay for everyone involved… except for Hassan, of course.

But Ciampa seemed to throw out the challenge for a rematch and that’s something we would really like to see, especially if Ciampa can jump in a time machine and face Taker 13 years ago. The timing might not have worked on this one, but it’s still an incredibly interesting idea — especially if time machines were real.

If you’d like to check out some video of this segment, you can scratch that itch here.