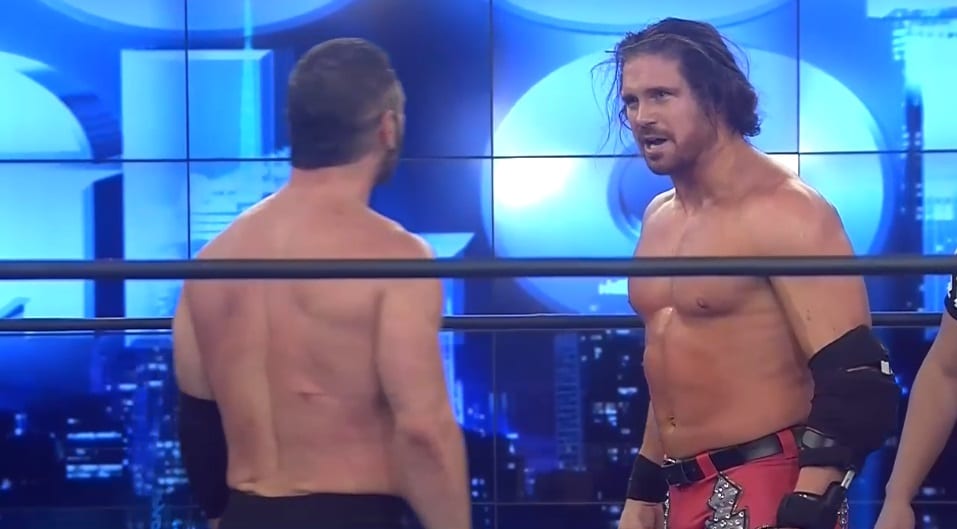 Austin Aries no-sold Johhny Impact’s Starship Pain at the conclusion of Bound For Glory on Sunday night and he left the ring after having some words with Don Callis. It was said he’s done with the company, but anything can happen in pro wrestling.

Petey Williams came forward and straight-up said A Double’s contract with Impact Wrestling is done. Therefore it’s logical to assume he’s not coming back. But apparently, that’s not the entire story or at least there are some strong rumors to indicate otherwise.

Joe Peisich of Barnburner’s No Holds Barred podcast said that the situation between Austin Aries and Impact Wrestling might not be 100% over as of right now.

“I have had 3 people who told me this is a worked shoot. Meaning, yes, they portrayed it as him leaving the company and all that but Austin Aries, he’s champion everywhere he goes he has a collection of belts. Look for him to do sort of a Brian Pillman gimmick — fight somewhere else  — a loose cannon and then come back in January: ‘Oh you guys thought I was gone, well I’m here and I’m here to take back what I deserve, the Impact Wrestling World Title. So again, I have heard from 3 sources that they’re trying to work a work shoot in Impact Wrestling.”

You never know what people could be planning in Impact Wrestling. But as with most other things, only time will tell. But, it certainly seems like Austin Aries has a few options and until he says or does something we might have the possibility of this all being a part of some master plan.