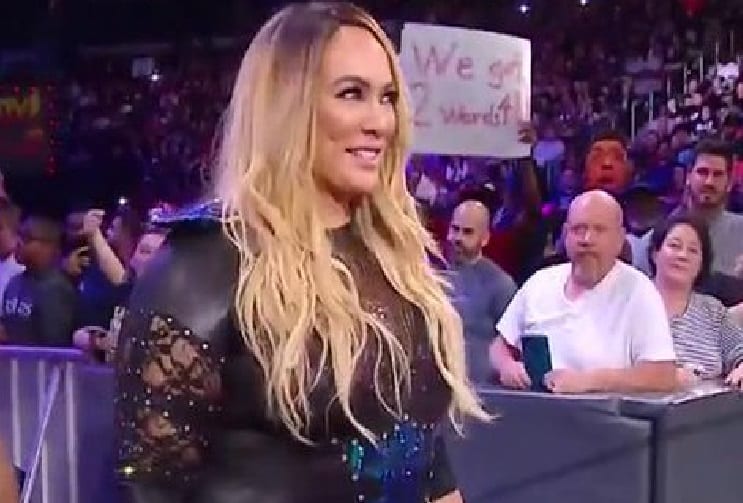 Nia Jax is the Girl Who’s Not Like Most Girls and neither is Tamina Snuka. The 2nd Generation Superstar returned on Raw this week after nearly a year off due to and ACL injury and thankfully, she came back right in time for WWE Evolution.

But as Dave Meltzer said on Wrestling Observer Radio, her return to action could have also been due to the fact that WWE has big plans for her to battle another top female Samoan on the roster, Nia Jax. This was greatly illustrated during their showdown during Raw this week.

“The whole thing was built around the idea of those two, they’re trying to do something with the 2 against each other like the 2 monsters and that kind of a thing.”

Only time will tell how this feud might escalate, but it is a match both Nia and Tamina have spoken about wanting in the past. So they’re likely going to do whatever they can to make this happen. It certainly seems like we’re getting this match and if it doesn’t happen soon, then a build toward this rivalry might be expected.

If you use your our quotes credit Ringside News