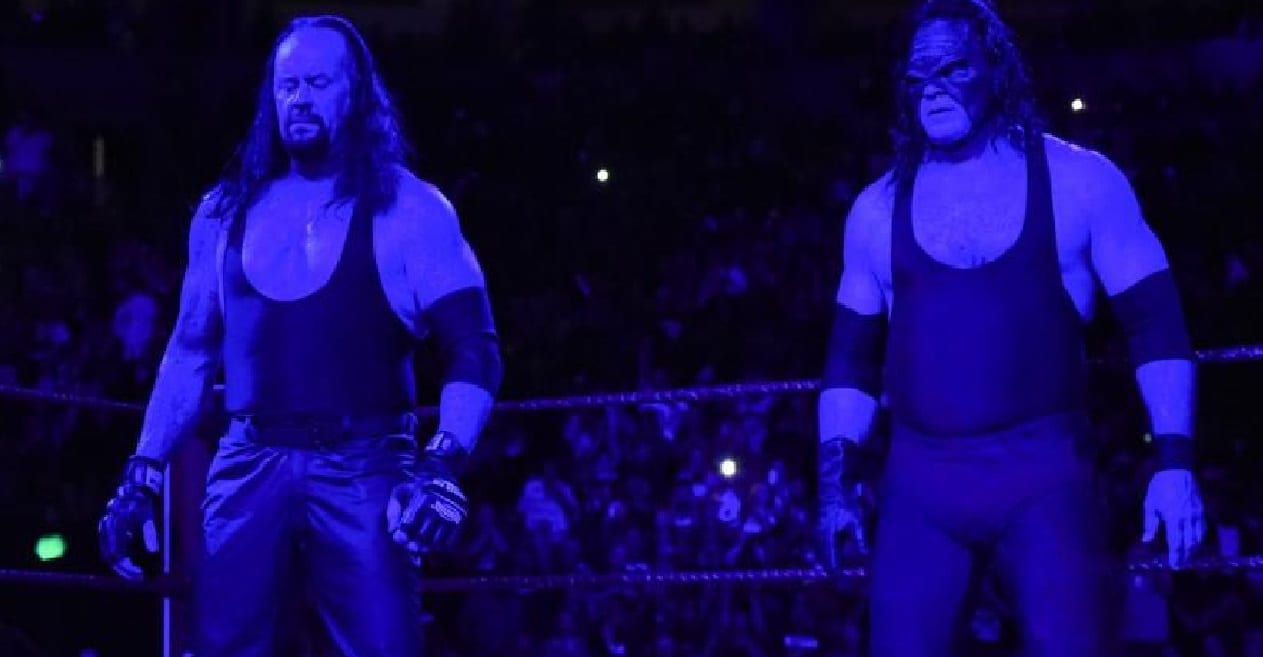 The Undertaker and Kane are set to take on DX at Crown Jewel as those 4 legends battle it out. But as we get closer to the event, not only is it still appears the event will remain a reality in Saudi Arabia, but Taker and Mayor Kane are going to be playing the bad guys.

If you watched Raw this week, we got a DX package (no pun intended) showing highlights of the build toward the Crown Jewel match, and we got a pre-taped edited up promo from The Undertaker and Kane that was very dark and ominous.

Dave Meltzer noted on Wrestling Observer Radio that The Undertaker and Kane are in fact, working as heels in their build toward Crown Jewel. Therefore, as we previously reported directly after Australia’s Super Show-Down, Taker did go back to the dark side.

The Undertaker will always get a section of the crowd cheering for him because he’s a legend and others because they have always cheered for him even when he was crucifying Stephanie McMahon on her father’s television show. But it looks like we can expect more light-hearted DX crotch chopping and funny stuff from DX as The Brothers Of Destruction remain heels for now.