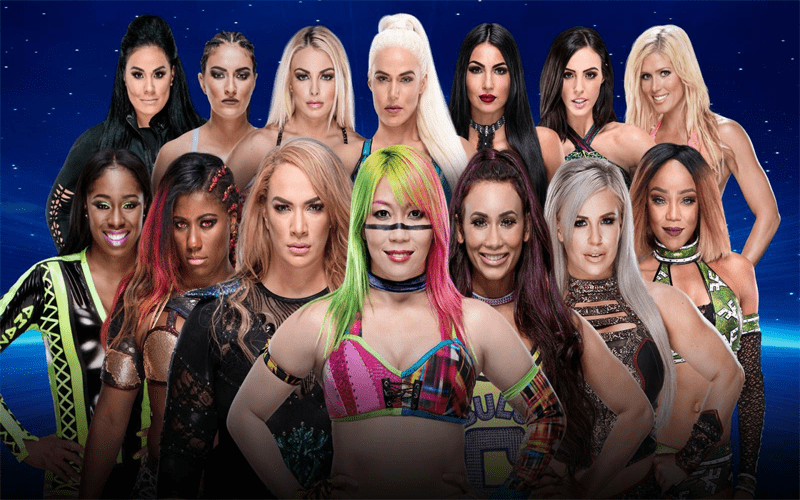 During RAW last night, WWE revealed yet another match for the upcoming all-women’s PPV in Uniondale, New York. The match itself surprised many fans and Superstars alike and judging by the reactions, it isn’t positive.

While WWE is promoting the battle royal as historic, the reactions from the female talent on social media seem to suggest otherwise. In fact, Fightful reports that the women on SmackDown Live actually learned about the bout when it was announced on RAW, while the women on RAW found out a few hours earlier.

Check out the reactions:

With the battle royal taking up the majority of the women, there leaves little room for further match confirmations. This has upset many. As it stands, the Evolution card includes the following matches. Be aware of spoilers:

Additionally, it is expected that Natalya, Sasha Banks & Bayley will take on The Riott Squad in a six-woman tag match. There were some reports going around suggesting the NXT UK Women’s Championship may be defended, though it seems unlikely given the time frame left until the event.

WWE Evolution is set to take place on October 28, emanating from the Nassau Coliseum. Women of the past, present and future will be present, and depending on the success of this show, WWE may produce more exclusive shows for women moving forward.

Does the show excite you? What matches are you most and least looking forward to? Let us know your thoughts, opinions, and reactions in those comments below.