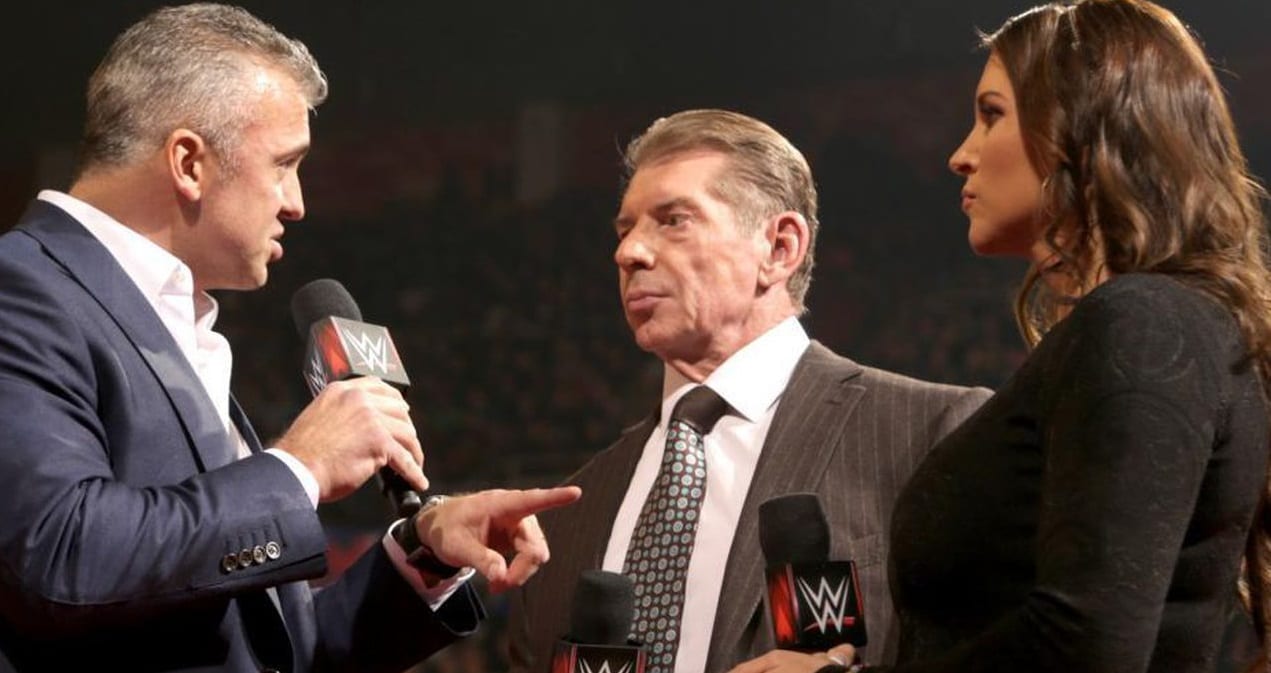 Vince McMahon has made a lot of decisions in his career that went on to greatly change the WWE as a whole and deciding that his daughter Stephanie McMahon would get a power position in WWE over her older brother Shane McMahon is one of the best examples fo that. Currently, Stephanie is an ambassador for the brand and instrumental in other affairs as her husband Triple H is now CEO and taking care of live events and creative. But there could have been a chance that Shane might have filled either of those roles however it wasn’t meant to be.

Now Shane hasn’t been seen since the Greatest Royal Rumble when he took a table bump off the top of a turnbuckle for the crowd in Saudi Arabia. But he’s still apparently Commissioner of SmackDown Live. However, Triple H and Stephanie McMahon work on a daily basis within WWE as Shane hasn’t been seen and is only an on-air talent when he’s needed.

Shane actually left WWE in 2009 to do his own thing and a lot of people think it had a lot to do with his sister’s rising power.

Dave Meltzer was asked during Wrestling Observer Radio exactly why Vince McMahon made the decision to put Stephanie in a greater backstage role than Shane he explained that it was an issue of being right for the job.

“Vince thought she was better and most people did. Most people think she understands the business the better of the two. So that’s why Vince is one of those people.”

Obviously, Stephanie had people pulling for her backstage and Vince agreed which is why this decision was made. As time goes on, we will likely see nothing to change this status quo and only time will tell how much more attention Stephanie McMahon will gain in and outside of WWE.

But it looks like Vince McMahon might have made a good decision to be honest because love or hate the current climate of WWE at least Triple H was brought in and he has done a lot of good to secure the future of the company in a lot of ways.