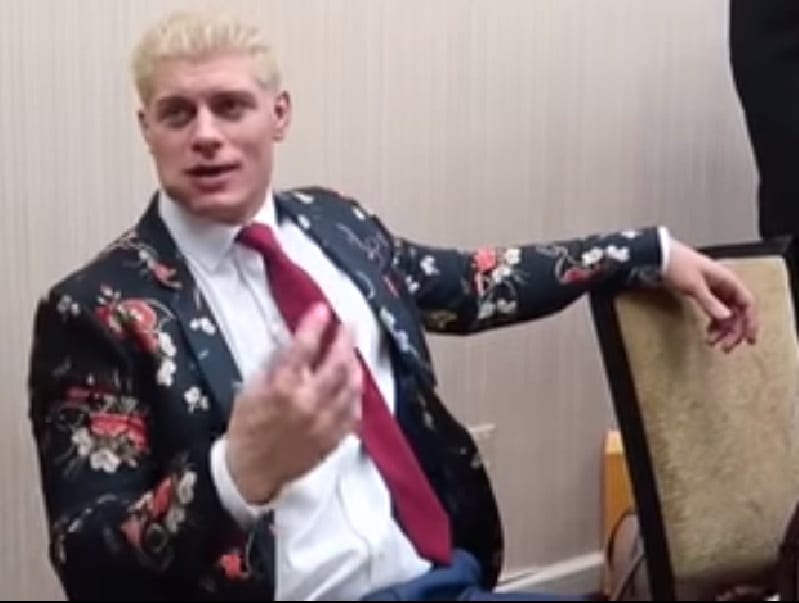 ALL IN was a huge success and a lot of fans of Being The Elite just want to make the event a yearly thing. But WWE might break up those plans before they have a chance to become a reality.

Our good friend Grim from Grim’s Toy Show on YouTube had a chance to speak to Cody Rhodes as he ate a snack during a Q&A.

Cody wouldn’t confirm that there are plans for ALL IN 2, but Grim insisted that if there is an ALL IN 2 then he wants to be part of it in at least a gimmick of Overbudget Battle Royal situation. Cody seemed open to this idea and said if they ever do ALL IN 2, then Grim is in. Of course, Cody informed Grim that he needed all 4 of their approvals to be part of the next ALL IN 2.

Later on, Cody Rhodes made a quip to Hangman Page about not putting on ALL IN 2 at all because they are headed to WWE. But he immediately recanted that comment claiming to be joking as Grim said: “it’s the return of Stardust, ladies, and gentlemen.”

Only time will tell what Cody, Hangman Page, and The Young Bucks do next but they are certainly going to milk the teasing part of things as much as possible