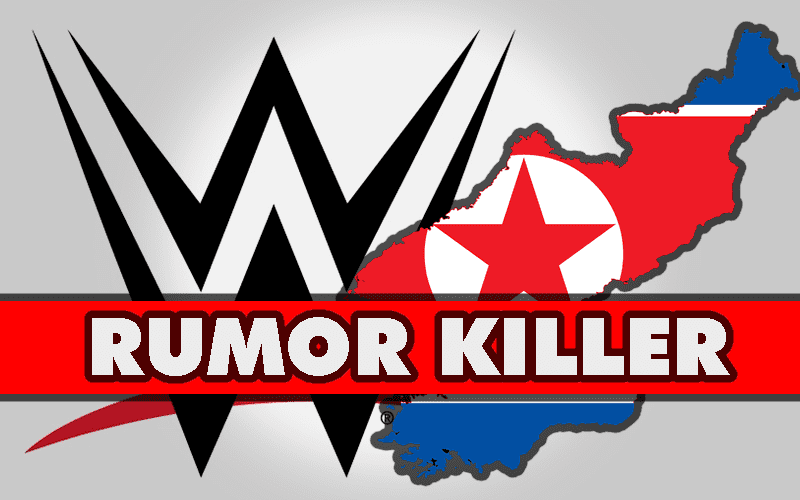 WWE is holding the Greatest Royal Rumble in Saudi Arabia on November 2nd and it looks like those plans are still a go. But it looks like there is still going to be plenty of pushback on WWE for holding this show and keeping it on track in spite of controversies surrounded the reported murder of a Washington Post journalist.

But the internet, especially Wrestling Twitter is full of inventive people. So you never know what you can actually believe. This is the reason we really try to present you with what we hear from vetted sources or people with verified ties and sources which we confirm.

But there is currently a tweet going around supposedly from Vince McMahon that has some people turning their heads. This tweet says: We’ve heard your complaints WWE Universe. We have ended our relationship with Saudi Arabia and have canceled #WWECrownJewel. We are, however, pleased to announce that the Greatest Survivor Series will air live from the progressive nation of North Korea, only on the WWE Network.”

This is a fake tweet and the Chairman Of The Board never sent it out, no matter how many people retweeted or liked it in this image. It’s kind of obvious, but we’ve still seen it pop up in too many places and feel it needs to be addressed.

Obviously, someone had too much time on their hands and wanted to play a joke. On that note, we have to give them props for their usage of great comedic wording and subject matter.

The WWE Crown Jewel event is still on at this point. It will be interesting to see how many times WWE says “Saudi Arabia” on Raw this week though. 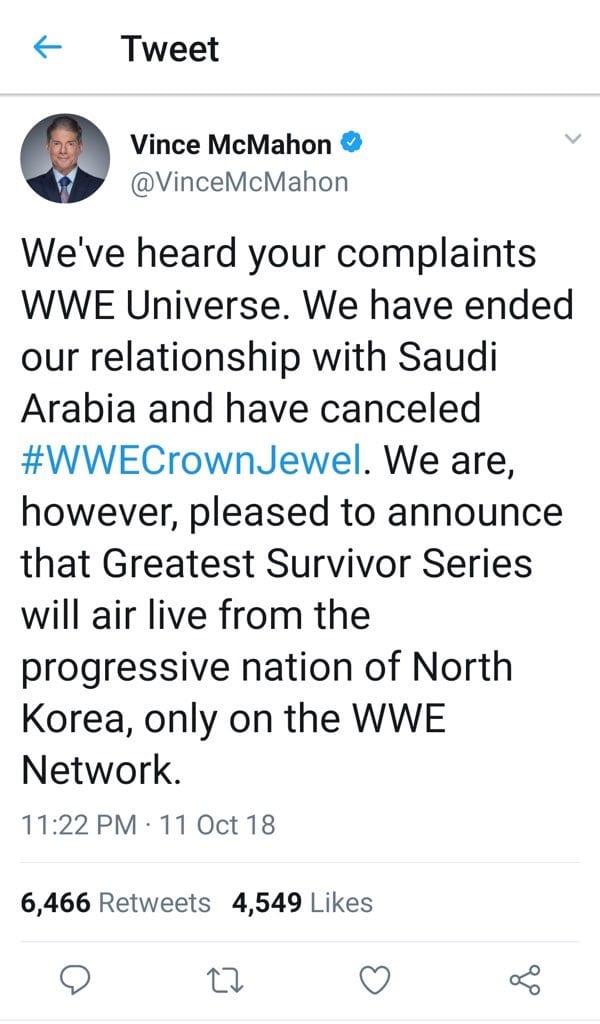