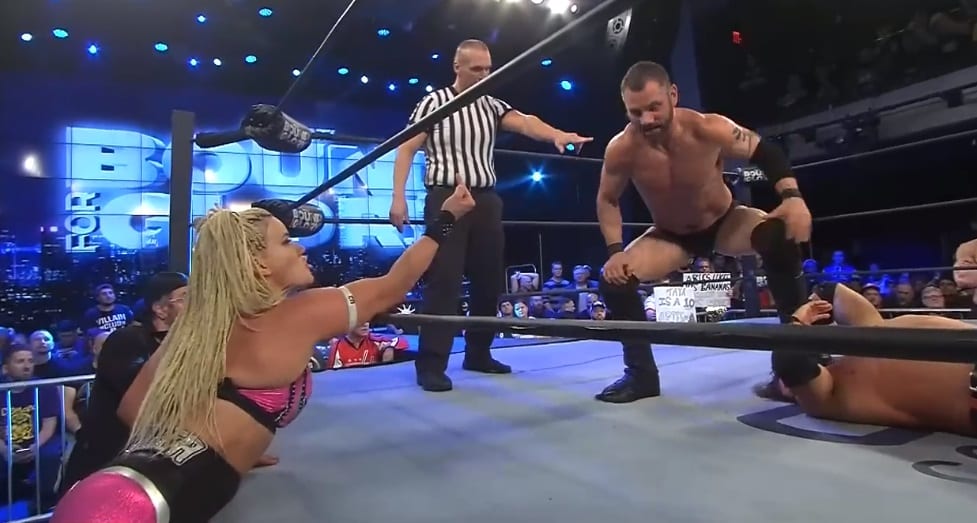 Regardless of whether the feud between Austin Aries and the new Impact World Champion Johnny Impact is real or kayfabe, it has garnered serious attention online. Last night at Bound for Glory, Impact’s wife Taya Valkyrie was ringside for her husband’s bout against Aries, who was accompanied by Killer Kross and Moose.

As we previously reported, Aries immediately got up and left in what appeared to be a fit of rage after Impact had hit the Starship Pain for the pinfall victory.

Given the severity of the situation and the idea that Aries may have possibly been unprofessional in flipping Don Callis, the fans and Impact management off, disregarding basic wrestling training and taking into account that this may have all been real, there is a lot to be discussed in regards to his future with the company.

Replying to an article released by Pro Wrestling Sheet on the matter, Valkyrie had an interesting comment:

She would follow that up by quoting a fan who said Aries acted “f*cking disrespectful,” adding the middle finger emoji and briefly saying “AA” to confirm the message was directed at the former Champion, given his behavior last night:

It should be noted that Impact himself hasn’t had any comments on the matter, despite being visibly distressed as Aries walked away after the conclusion of their Bound for Glory Championship bout. It is likely Impact management told Impact he should remain quiet on the matter. The most the Champion has done is post an Instagram photo with the Championship, which you can see below: 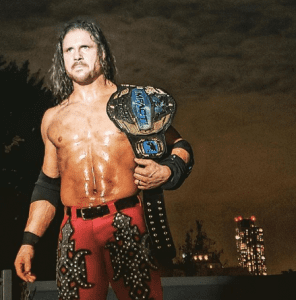 “What you put into something is what you get out. Proud to be Impact World Champion.”

It should be worth noting that when Aries was released from WWE, there were many that claimed he was not liked backstage due to the way he acted, which is why the majority of WWE talent saw the release coming.

Do you believe the feud became real? Do you find Aries to be unprofessional? Let us know your thoughts, opinions, and reactions in those comments below.