LAX and the OGz have been battling since Konnan returned to respark the feud between himself and King’s OGz Homicide and Hernandez. They had a rather interesting gimmick match at Bound For Glory where the ring was stripped down and the boards were exposed and so were the metal protectors. It was a brutal environment to have a wrestling match, to say the least.

Hernandez was busted open soon into this Concrete Jungle Death Match. As these two teams fought on to destroy the Impact Wrestling ring while taking bumps. The OGz were up with a 3 on 2 advantage after Konnan was taken out backstage. There was also a pretty brutal spot where Hernandez powerbombed his own partner onto LAX to the outside just to cause damage. 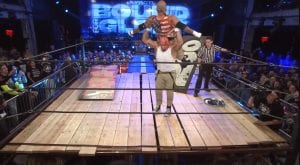 LAX hit Hernandez with a double superplex, but the numbers game soon took advantage on LAX as King started to take control with the held of his larger associates.

Suddenly, just when it looked like LAX was going to get taken out, Konnan came down to get face-to-face with King.

It didn’t take long for LAX to win this one and retain their Impact Wrestling Tag Team Titles. But this match was certainly brutal and it was a well-deserved win. But it is certainly an interesting match that we won’t soon forget. Thankfully nothing went wrong but in a match like this without the canvas covering the boards and with them moving around like that, they’re lucky someone didn’t at least snap an ankle or worse. 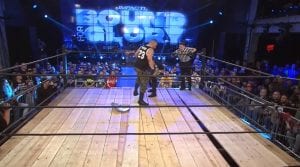 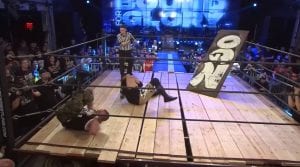 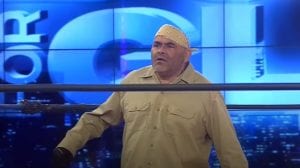 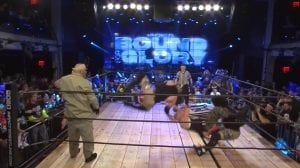