James Ellsworth was in a strange position during his last run with WWE but he made the best of it to wrap up a storyline to help Carmella carry her SmackDown Women’s Title past Asuka. But after that storyline was over with he was then told he wasn’t needed which was easier this time since he didn’t have a WWE contract.

But at Bound For Glory, when Eli Drake needed an opponent, James Ellsworth was there to accept the call.

After cutting a scathing, James Ellsworth came out and the crowd chanted “DELETE” because they didn’t want to see him. Obviously, the fans were expecting Chris Jericho.

James said that Drake made fun of the New York crowd and he was there to defend New York. Eli brought up that Ellsworth isn’t even from NYC and James said: “I did date a girl from Staten Island” before chants of “f*ck you Ellsworth” broke out in the crowd.

Then James Ellsworth jumped Drake before the bell to start their match. But Eli Drake soon took control and hit the Gravy Train twice for the win. So it wasn’t the best debut for James Ellsworth, but it served its purpose. 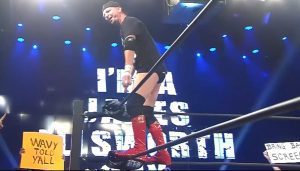 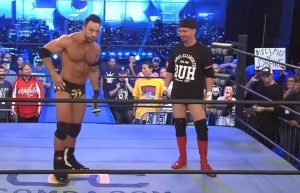 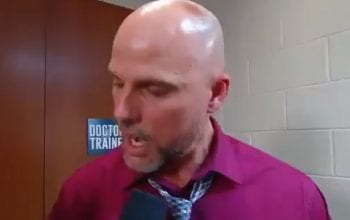