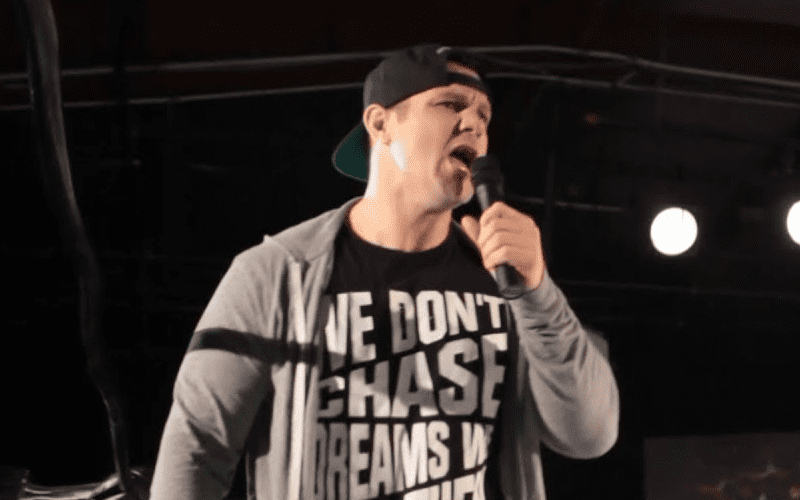 I got the chance to do an interview with Impact Wrestling’s Eddie Edwards exclusively for Ringside News.

During the interview, Edwards discussed his television feud with Austin Aries, how it felt taking a suplex on a fan’s shoes, as well as if he misses being part of The Wolves with Davey Richards. You can check out the highlights below.

Edwards on a feuding with Austin Aries and becoming Impact Heavyweight Championship again:

“Ya know, that’s the goal, it’s always the end goal here. My other goal is to use Kenny The Kendo Stick occasionally. If I get to use that against Aries and also win that title, well that’s a win-win right there for me.”

Edwards on his match versus Johnny Gargano at the last 2CW show taking a suplex on a pile of shoes:

“Well, I can tell you what it smelt like! Ya know, it felt like getting suplexed on a pile of shoes. It was my own fault. I started the damn 2CW thing and look what happened to me.”

(You can watch the match from 2CW here. The fans throwing in their shoes starts around the ten-minute mark)

“Yeah. I miss doing what we did together in that ring, and that magic we created. This is a business where we say, “Never say never.” However, down  the line, The Wolves could be back together.”

(If you say any of these quotes or audio, please credit Lee Walker III and Ringside News)