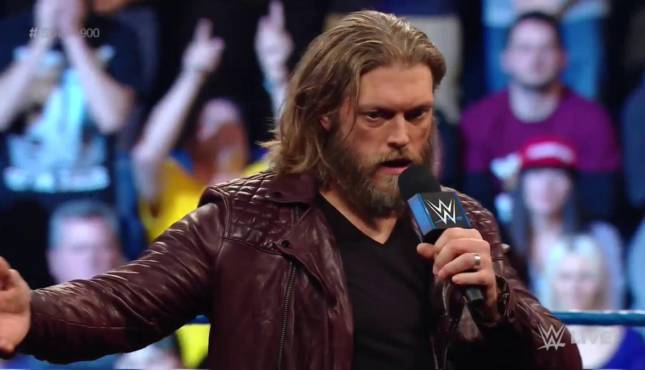 WWE previously announced Hall of Famer Edge would return to the company for SmackDown 1000, where he would hold a special episode of “The Cutting Edge” to celebrate the milestone.

There is now a good chance that Edge’s appearance has been canceled, as WWE.com are no longer advertising the segment with Edge, and the “Rated R Superstar” isn’t listed among the other talent advertised for SmackDown 1000 on WWE.com or the official website of the Capital One Arena where the event will take place this Tuesday.

Additionally, despite all the hype the segment garnered, WWE posted the official show preview and Edge is not mentioned whatsoever. While there is the possibility WWE aims to surprise the fans through an appearance by Edge, it seems unlikely given he was previously revealed and they’ve made so many other names public.

Edge was a pivotal figure during his time on SmackDown. He was one of the two major faces of the SmackDown six alongside Rey Mysterio. It is through his time primarily on this brand that he became a huge star, before moving on to RAW.

If we hear any further news on Edge being at SmackDown 1000, Ringside News will provide details to you ASAP.

Do you believe Edge will be there? Who are you most looking forward to seeing? Let us know your thoughts, opinions, and reactions in those comments below.