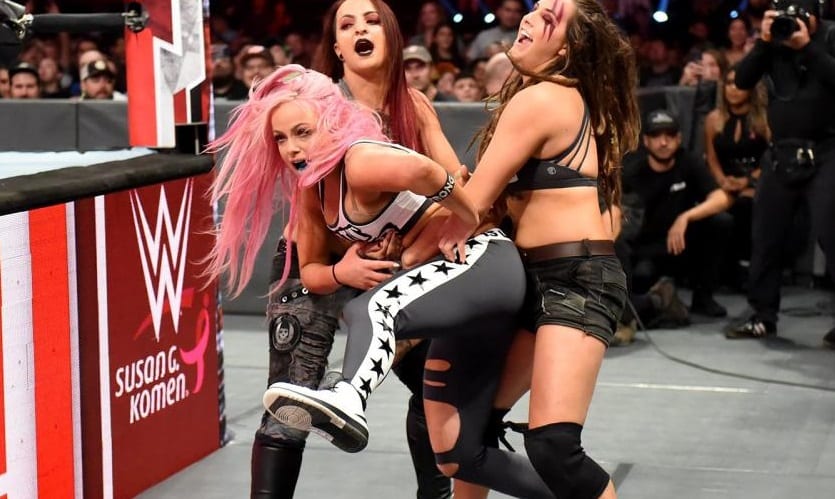 Liv Morgan is a pretty brave female. After all, not many people can take 2 Yes Kicks to the face, suffer a concussion, and be smiling about it the next week. But Liv and her famous blue tongue have been able to put up with a lot of stuff in her life. She’s been through a lot that we won’t get into here but we will focus on a recent event of when her Instagram was hacked.

Morgan’s Insta was hacked which is why she wasn’t around on that social media platform recently. There’s no telling who it could have been, but hopefully, her password was better than the one Kanye West picked for his phone.

Either way, she was able to crack the hackers and get her account back. She also put up a very happy Instagram story right afterward where she dared for the hackers to try it again. She immediately recanted her statement because getting her account back was really hard. But sometimes the hardest thing about an ordeal is learning the steps to take which she already knows.

Someone as famous as Liv Morgan needs to watch out. It’s a good thing they just got into her account and changed her password around without posting anything awful on her account. After all, hackers have been known to post phone numbers, DMs, nude pictures, and whatever else they can grab while they’re in someone’s account.

You can also keep watching the video for more general Riott Squad hilarity as Liv, Ruby Riott, and Sarah Logan go to the gym and then Logan proves her Viking strength by muscling some heavy suitcases up a flight of stair on her own.