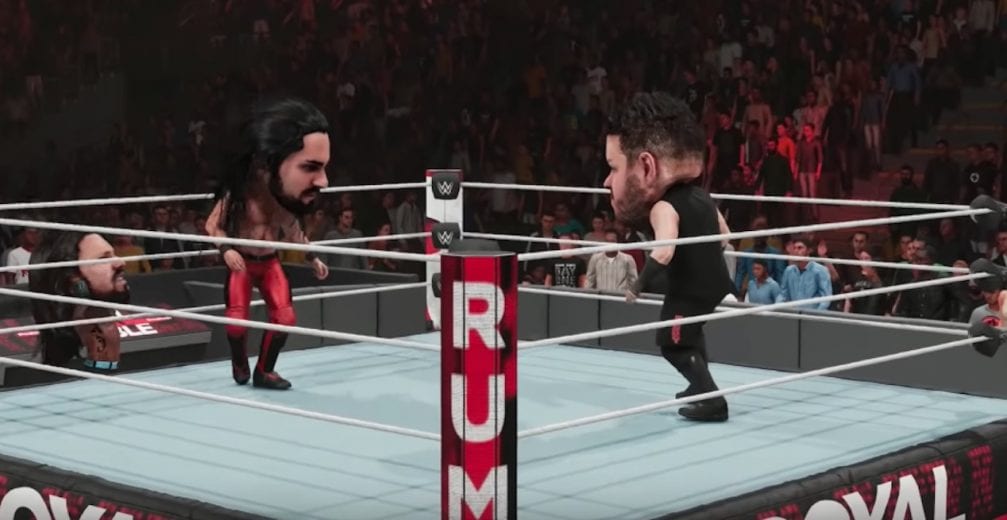 WWE 2K19 included a couple features that fans wanted back like the Showcase mode where they can relive Daniel Bryan’s career so far, but another feature is also getting tons of attention because it’s so much fun. Harkening back to the NBA Jam era, WWE 2K19 included “big head mode” which includes oversized heads of WWE Superstars as they wrestle in the game.

If you’re a fan of NXT then you’re probably well aware of how massive Bianca Belair’s braid is. She can even use it as a weapon as she whips it around the ring and lashes her opponents, but on big head mode, it has a totally new look.

Ember Moon was quick to point out how much she loves big head mode because it even makes Bianca’s massive braid appear to be even more impressive. It’s like a boa constrictor attached to her head. So of course, it also makes an even better weapon.

There are a lot of little-hidden gems in the new WWE 2K19 game, so which one is your favorite because we think that we already have Ember Moon’s vote.