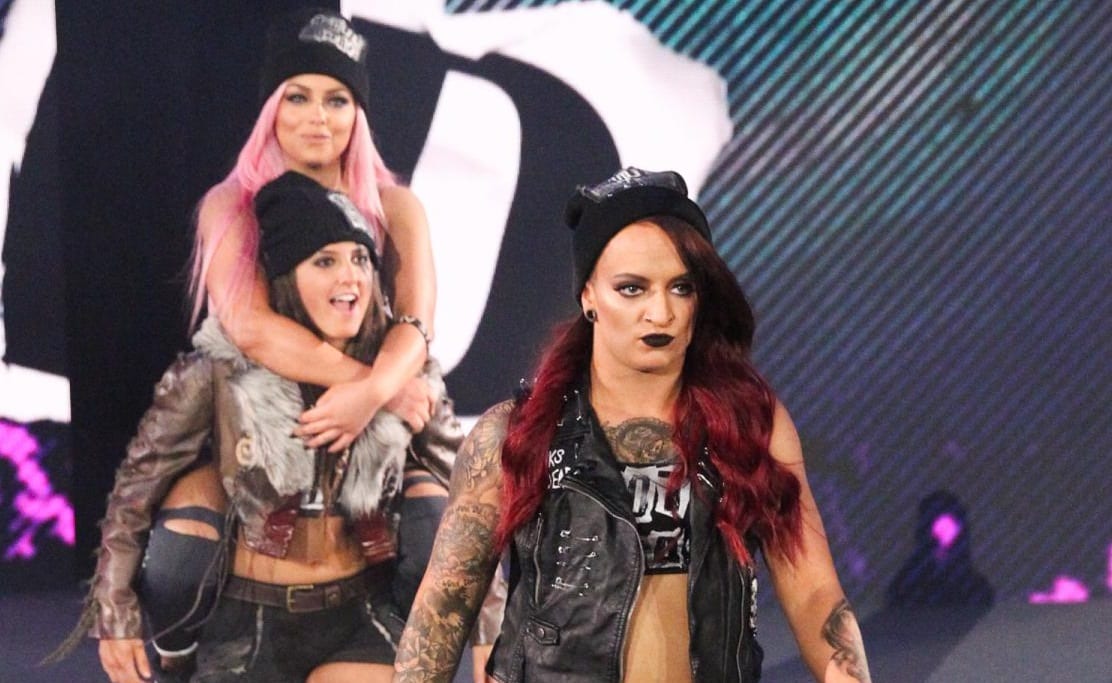 The Riott Squad have been a pretty unavoidable unit since their debut on SmackDown Live following last year’s Survivor Series. Since the fan response has kept them on television, but they also had plenty of people rooting for their success backstage as well.

They were recently placed in a feud with Ronda Rousey and the Bella Twins which concluded at Super Show-Down. On the next episode of Raw, they had the same 6-woman tag team match with the Bella Twins’ turn on Rousey meaning that they are heading toward a title match at Evolution.

At this time, we have heard nothing about there being any backstage heat regarding the Liv Morgan concussion at all. It seems to be water under the bridge and anything left on television is for the show. The Riott Squad needed to lose twice in a clean fashion, once at the SSD and the next on Raw so they could pull off the Bella Twins turn that most expected to happen in Melbourne.

It was always the plan for the Bella Twins and Rousey’s feud with The Riott Squad to break off into Rousey vs Bella at Evolution and Ruby, Liv, and Sarah played their parts well.

So the Riott Squad isn’t going away, and even if they don’t go directly into another story it’s likely they won’t be off television for very long at all. If anything, WWE is going to need them for Evolution where it will be an all hands on deck kind of situation.