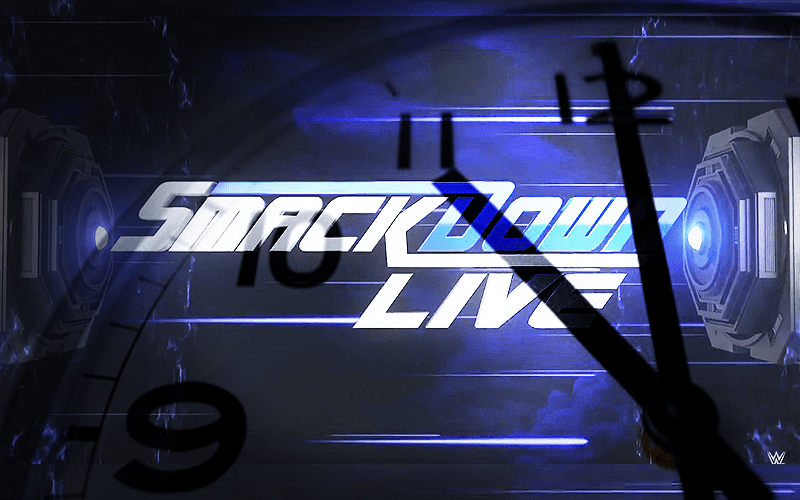 SmackDown Live is celebrating their 1,000th episode next week, but maybe the Sky Go app needs a little refresher on what they do on WWE’s Blue Brand.

One of our awesome fans, Jamie DM’ed us a screenshot of what people saw when they logged into the Sky Go app and looked up SmackDown Live, needless to say it had nothing to do with pro wrestling.

Instead, the premise for this week’s episode said: “Events spiral out of control. Shocking truths are revealed. An enemy falls from grace… includes threat and violence.” Well, that COULD have been what SmackDown was about this week if you really want to get flexible with what words mean.

It’s also interesting how it is titled “Emmerdale” which is a British soap opera and has been on since 1972. Since SmackDown Live isn’t 24 minutes long, possibly they just put the SD logo in the Emmerdale spot, but we’ve been told it’s the other way around.

This is interesting and while it probably didn’t keep WWE fans on Sky’s service from watching the show it’s still a fun little note because this kind of thing amuses us. 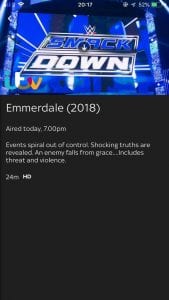