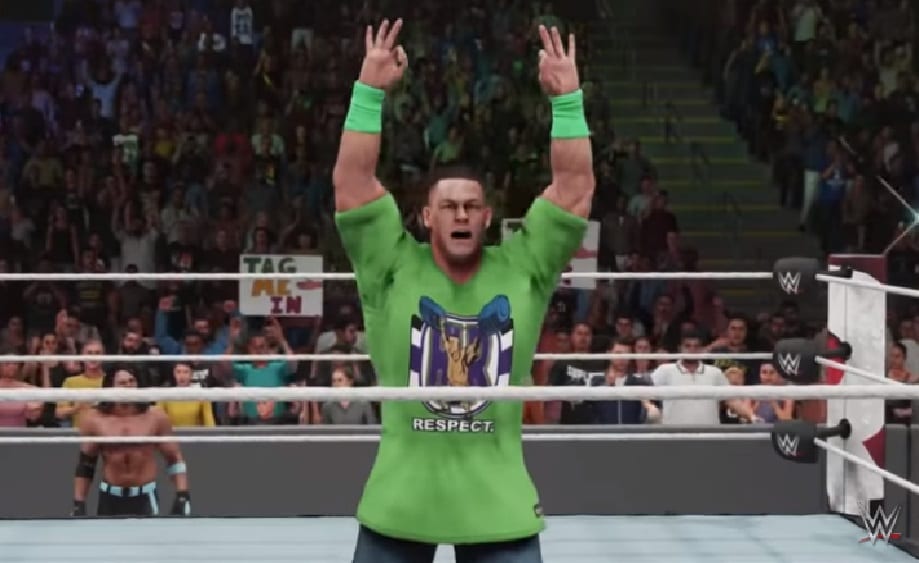 If you’re a fan of WWE video games, then you probably love going through their story mode where you can create a Superstar and live out your dream of fighting your way to the top of WWE. But pretty much anyone who gets to the point where you’re meeting John Cena in WWE 2K19 is hit with the hard fact that Cena didn’t show up for voice-overs.

In fact, the actor they got to play Cena sounds more like Randy Orton than anything else, but needless to say it’s drawing a lot of criticism.

As you can see from the clip below that was pulled straight from the game, AJ Styles certainly did his own voice-overs for the new game and he was probably happy to do it. But Cena has a much busier schedule.

We’re not sure what project John was doing when the WWE 2K19 team would have needed whether it was Daddy’s Home 2, Blockers, Ferdinand, or maybe he was hosting an award show because he did that a couple times last year too. Perhaps they just couldn’t meet his pricetag. Whatever the reason, Cena certainly wasn’t able to provide his own voice.

So WWE 2K19 did what they could, although it’s totally possible to make a story mode without him, they did what they had to do. It still made way for a pretty funny clip though.