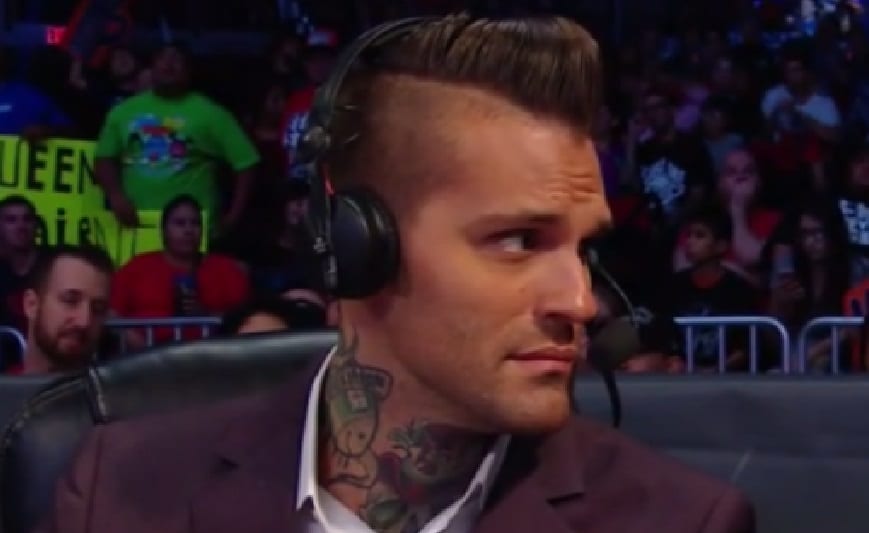 Corey Graves is one of the busiest guys in WWE at this point as he travels with the Raw and SmackDown rosters to commentate the shows and he also makes all the pay-per-views. But sometimes he finds himself in a situation where he has to sit in the same spot for a very long time which can present a bit of a problem.

Graves was recently a guest on the Not Sam Wrestling podcast where he made a joke about how he prepares for a 6-7 event by not drinking anything from 2 pm onward the day before the show.

Then one fan yelled out asking Graves if he wore a diaper to which the Savior Of Misbehavior replied:

“I pee in my pants. There’s no diaper involved. I wear black pants for a reason. Okay? Alright, cool.”

He said that sometimes it comes down to sitting through an extra match or having to pee which he said is a real problem.

This is something that we’ve heard before, but to actually hear someone admit to it confirms the idea. So the next time you’re watching one of WWE’s longer shows and you have to go to the bathroom, just imagine how someone like Graves, Michael Cole, or Renee Young feels.