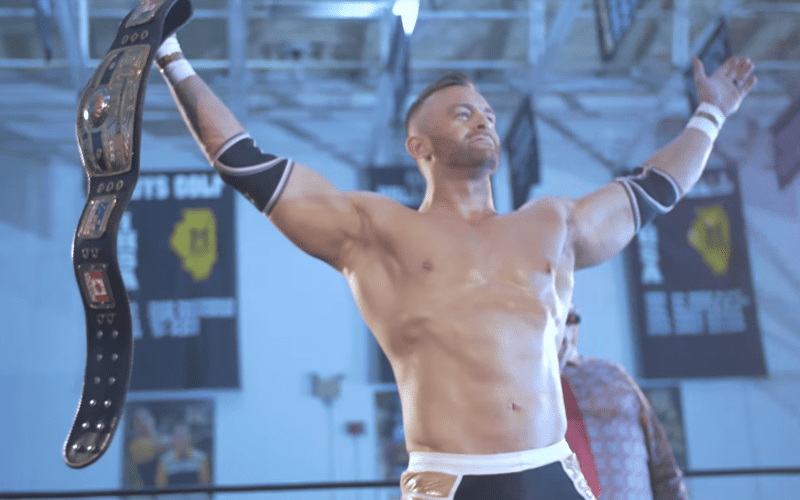 Former TNA & NWA World Heavyweight Champion Nick Aldis has revealed that his story with Cody leading up to All In was real.

When the match between Cody and Aldis was initially announced, many fans were left scratching their heads. It felt like a bout that was good but not great, although throughout the course of the build up, it became evident that the story between the two men was developing in a way that few could’ve imagined.

I recently conducted an interview with Nick for WrestleZone, where he made some interesting remarks regarding the validity of the feud.

The best stories are real. The reason Cody and I work so well as a rivalry is because the rivalry is real. We’re very similar in age, but we have vastly different origins. My frustrations as a professional do not mirror his and vice versa. He, for example, may have some insecurities when it comes to me when it comes to size and physical attributes. My insecurities with him are obviously because he’s been able to make a great deal of money in the business and he’s had a tremendous amount of opportunities. He’s done a lot with that, but for someone like me who grew up in rural Norfolk in England and had to make every opportunity for myself, it’s different to a guy who’s got the right last name.

Nick also spoke about his relationship with Mickie James, and how he feels like it may have potentially hindered his chances with WWE.

Aldis has never been shy about voicing his opinion, and given that he’s still in his early thirties, it feels like he’s got a lot of time left to make a real statement in the business.