Ross opens today’s show by speaking about UFC 229. He notes that some people are speculating that Conor McGregor might be suspended due to the events that transpired after the fight, and if that’s the case, there’s no better time than now for McGregor to make some appearances for WWE. Ross suggests that WWE do a big stadium show in Ireland with McGregor on the card, because he thinks that would do huge numbers.

Ross notes that Smackdown’s 1000th episode will air next week. It’ll be great to see Evolution return to WWE programming, and it’ll be particularly nice to see Batista and Ric Flair return to the ring. Ross is also happy for Rey Mysterio Jr., who will be returning to WWE full time next week. He thinks this is a win-win situation for both parties involved. 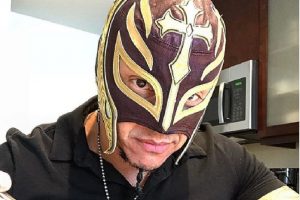 Ross says he doesn’t think it’s hypocritical that WWE does shows in Saudi Arabia while promoting a Women’s Revolution. He notes that women are treated unequally everywhere which is terrible, and that’s something we need to fix as human beings. However, WWE may have a positive role in Saudi Arabia over time, through promoting these shows there.

Moving into his thoughts on RAW, Ross says the current Dean Ambrose/Shield storyline has his interest. He truly believes that the Ambrose character is unhinged, and that makes for great storytelling. Ross also liked the Nikki Bella heel turn on RAW this past week, noting that all parties involved played their part well.