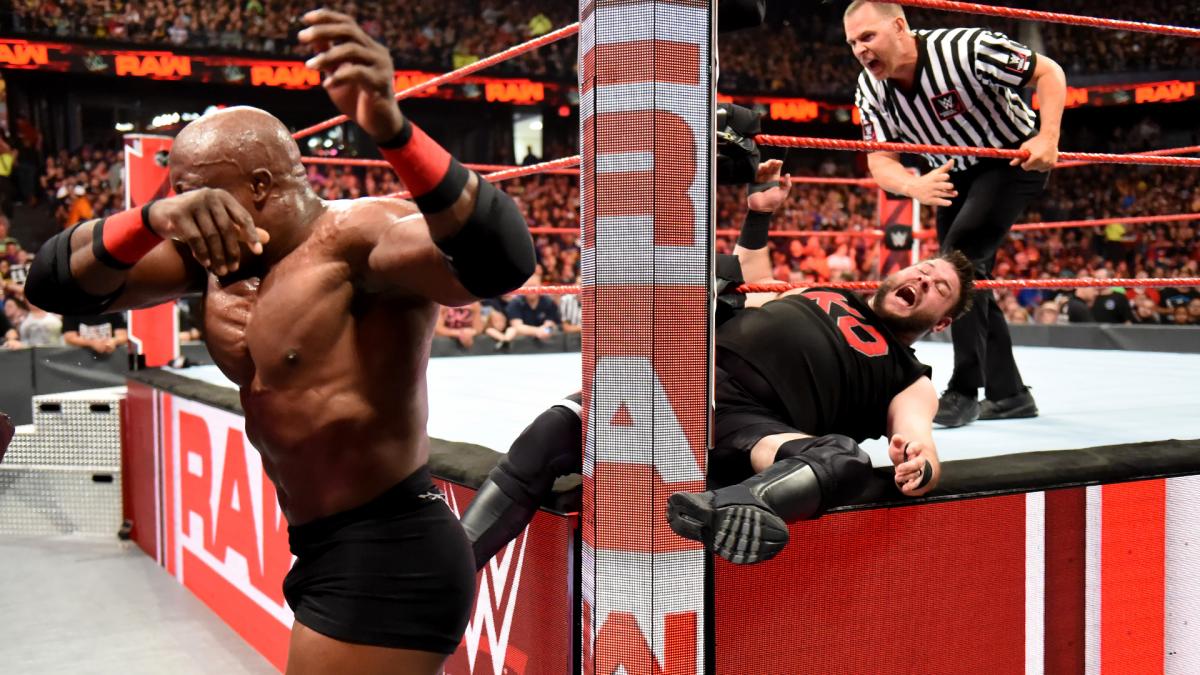 Kevin Owens suffered a post-match attack from Bobby Lashley this week on Raw and reports are that he’s injured. Of course, anything can be a work at this point but we have been able to confirm that his injury is real although we don’t know how bad it is.

Kevin Owens has also been pulled from the WWE Mixed Match Challenge and a new partner for Natalya will be announced soon.

Joe Peisich reported on Barnburner’s No Holds Barred podcast that Owens is having a scope done to his knee to determine the extent of the damage and then we’ll know what the real damage is. But at this time it’s a waiting game.

“Kevin Owens he got injured last night with a knee injury. Well, that knee injury is real. It is real he’s having a scope done on his knee, I don’t know how long he’ll be out but it is real. He needs much-needed time off there, of course, Kevin Owens he’ll come back as a babyface repackaged but he has definitely has a knee injury.”

Hopefully, once Owens gets his knee scoped out they can figure out that he won’t need to take too much time off. We’ll keep you posted as soon as we hear anything new in this situation.