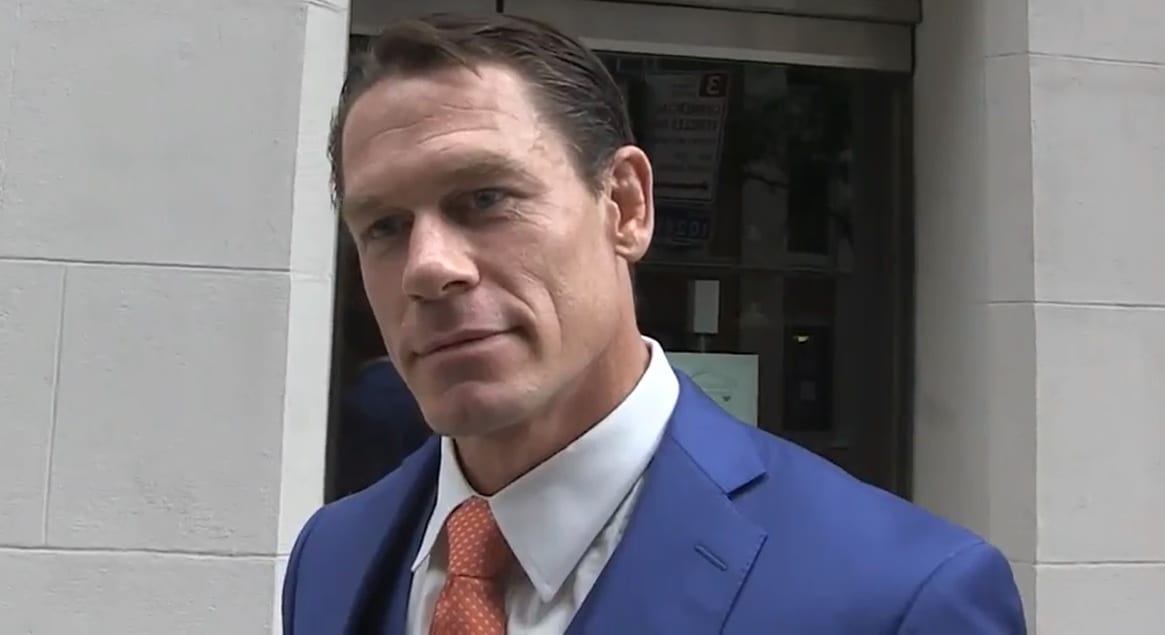 John Cena surprised a lot of fans at WWE Super Show-Down when he took off his signature baseball cap and revealed he had a full head of hair for all the world to see. He’s currently filming a movie with Jackie Chan called Project X and apparently, the hair is for the role.
We previously reported how even Shaq loves Cena’s new hairstyle, in fact, he thinks it makes him look sexy and younger. But it turns out as Cena was approached by Adam’s Apple, Cena explained why he grew out his hair.

“Originally I grew it out for a role and some good fortune has come my way so I may have to keep it long. I don’t know everyone wants it short so that makes me want to keep it long.”

Cena was also asked if he liked his hair longer and he had to admit that it is a bit of a pain because it’s one more thing to take care of. After all, having really short hair is a huge bonus when it comes to not having to worry too much about it.

“I don’t because you have to manage it. I really liked the high-fade cause you could just get out of bed and go. So it’s another thing to take care of but I like it because I was self-conscious about it until this moment where I was forced to grow it out so it’s a cool drill of being uncomfortable and just walking the streets being proud of you.”

It looks like whatever good fortune is coming Cena’s way is probably movie-related. So whatever part he’s playing in the future, they will probably have great hair.