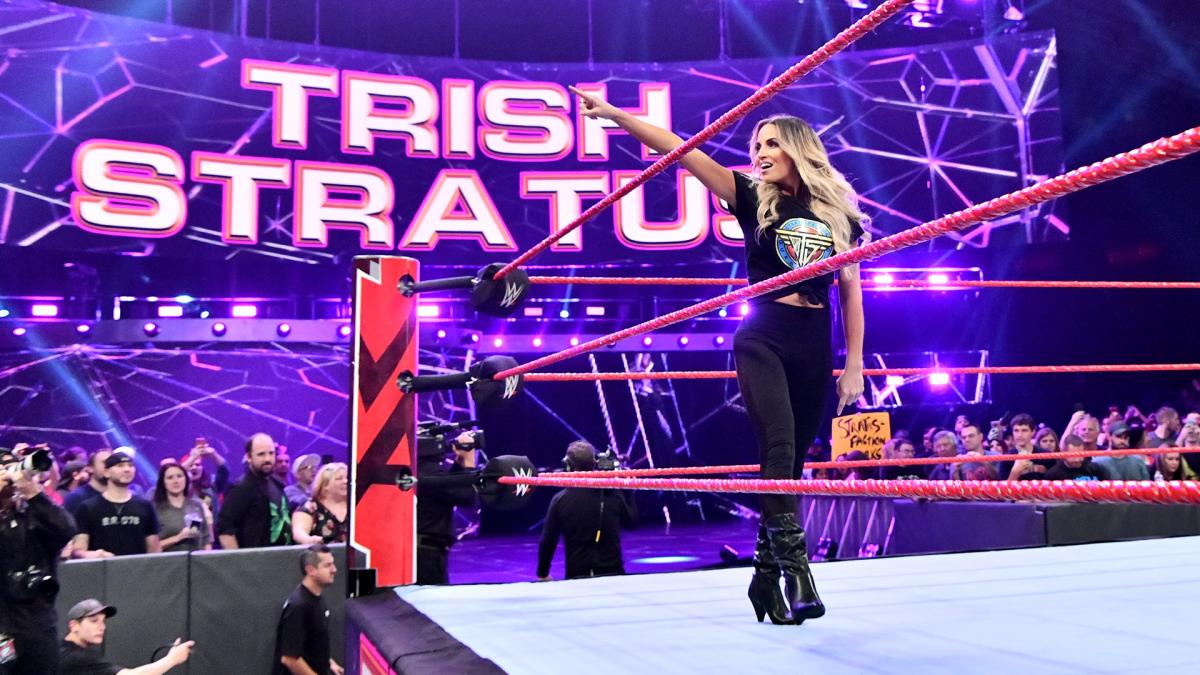 Trish Stratus’ name was a big one when it was announced that she would be taking part in WWE Evolution. But it seems like we should be in store for more than just one dose of Stratusfaction.

Joe Peisich of Barnburner’s No Holds Barred podcast briefly discussed Trish Stratus as he explained that there are plans for more than just one outing for Stratus during her WWE return.

“From what I’m hearing Trish Stratus coming back at Evolution will not, will not be a one-time deal. Expect also Trish Stratus to have 2 or 3 fights in WWE.”

Stratus looked great when she came out on Raw, then again she’s been keeping in amazing shape because runs a yoga studio and hasn’t slacked off with her training at all. But it is very interesting that she could be coming back for more than one match as another name from WWE’s past which is going to come back and use that nostalgia trend once again.