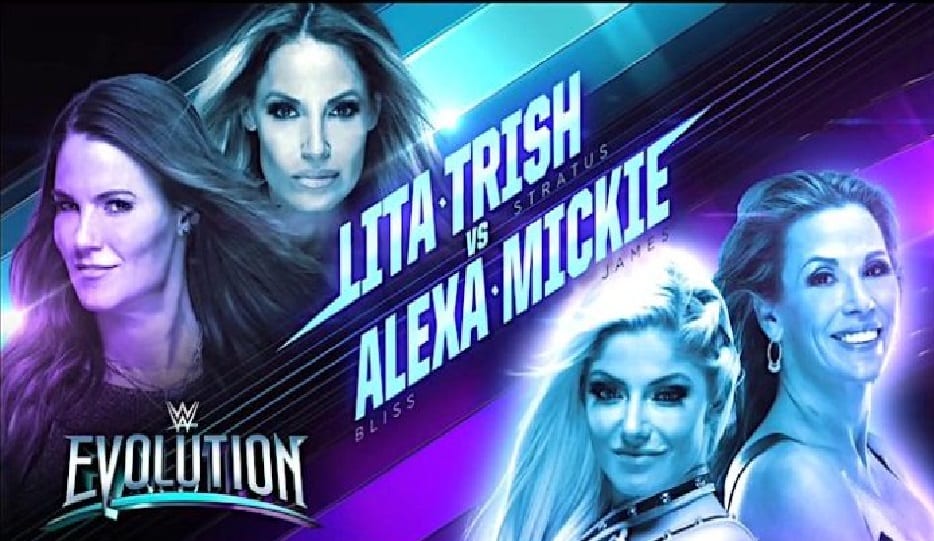 WWE is always moving pieces around to make things work best for them and their purposes. It seemed like they had booked 2 big matches for the upcoming all-woman’s WWE Evolution pay-per-view, but then they changed things up last night on Raw.

Instead of Trish Stratus vs Alexa Bliss and Lita vs Mickie James, WWE just decided to put everyone in one tag match instead. This was a rather interesting decision and as Joe Peisich stated on Barnburner’s No Holds Barred podcast, WWE did this for a very interesting reason indeed.

“I know they just changed the match that Trish Stratus was supposed to have with Alexa Bliss, now it’s a tag team match. Also why? Because Alexa Bliss appears to be more injured than people have said. I don’t know I haven’t confirmed that but from what I’ve heard that’s why they changed that.”

Hopefully, Alexa Bliss isn’t too injured as to limit what she can do in the ring. But she’s been working very light on television recently and at house shows as well. It looks like only time will tell how this situation turns out for everyone involved but one thing is for sure that we’re getting a tag team match instead of 2 singles encounters at WWE Evolution.