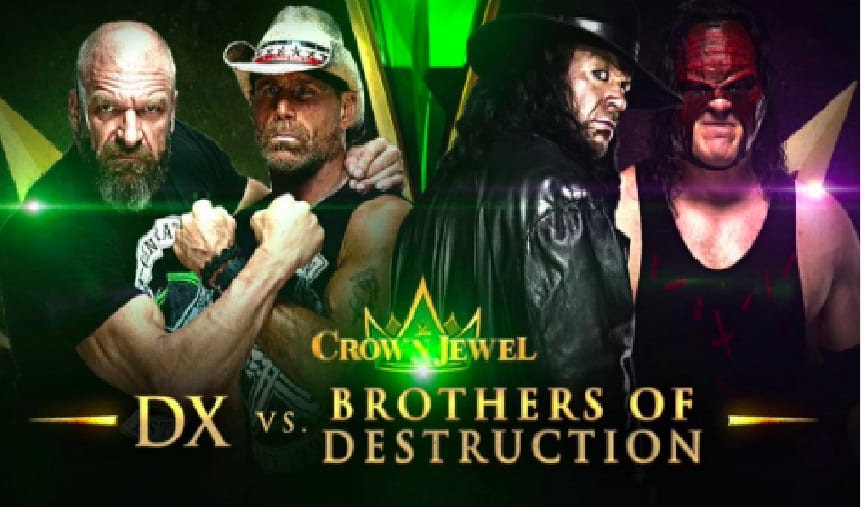 Triple H pretty much runs the show at this point so when he wants a special focus on a match he’s going to get it. This is why he got so much time to wrestle The Undertaker at WWE Super Show-Down even though many commented about how slow the encounter seemed.

Joe Peisich said on Barnburner’s No Holds Barred podcast that the expected run-time for WWE Crown Jewel is apparently already being worked on and fans should expect a lot more of the same in the main event during that international event as well.

“I have heard that match will most likely be the main event and that match is scheduled to run 38 to 46 with intros there.”

All four people in that match can have longer intros, especially The Undertaker and Triple H, but it sounds like we’re going to be getting a lot more out of these 4 as they try to make this match count in Saudi Arabia.