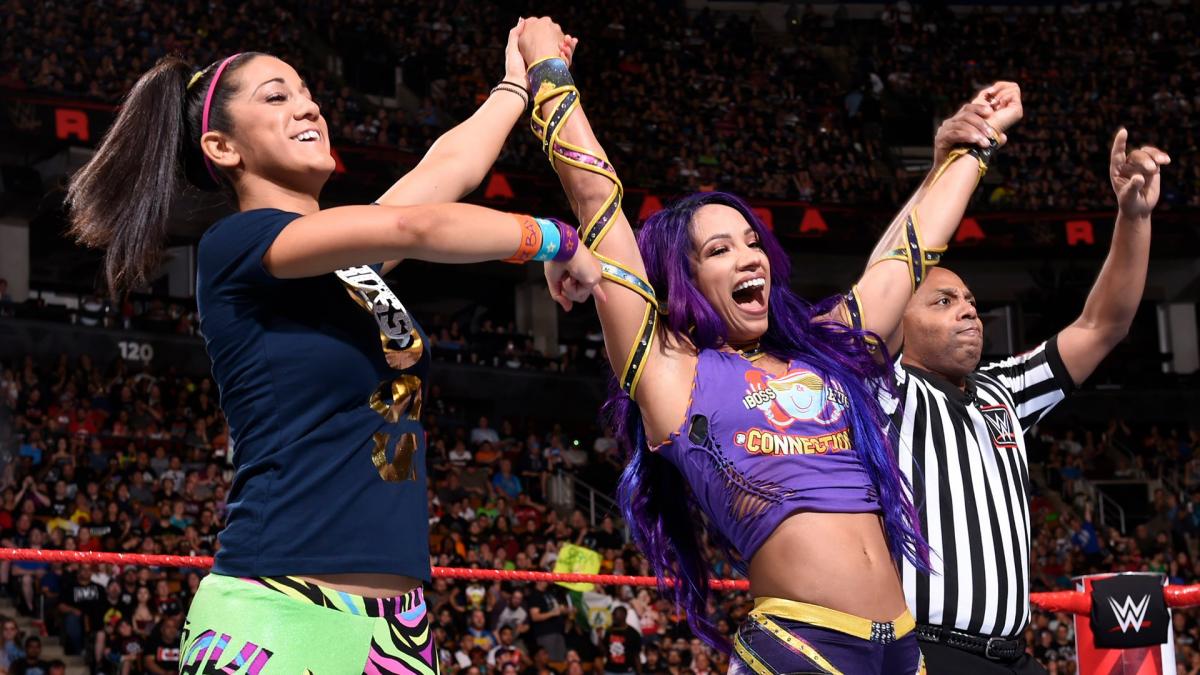 Sasha Banks hasn’t been seen on WWE television for a bit and her absence seemed to end a newly reformed friendship with Bayley as The Boss And Hug Connection — they even had t-shirts made.

But Banks is not on television and has been getting a break from the action in general. She has shown up to some other events in the community to represent WWE but her presence hasn’t been felt on Raw for weeks. As Joe Peisich approached this subject on Barnburner’s No Holds Barred podcast, he simply said that he has heard she needed a break.

We’ve heard a lot of rumors about Banks and until something official comes out then we’re not going to comment on them. Barnburner is a trusted source at this point with an established track record so we feel safe reporting this information that like so many Superstars in the past, Banks just needed a break for a bit. Hopefully, she will be able to come back soon and have just as much drive as ever to remain The Boss.

With WWE Evolution coming up soon, it would be very nice to see her back by then.