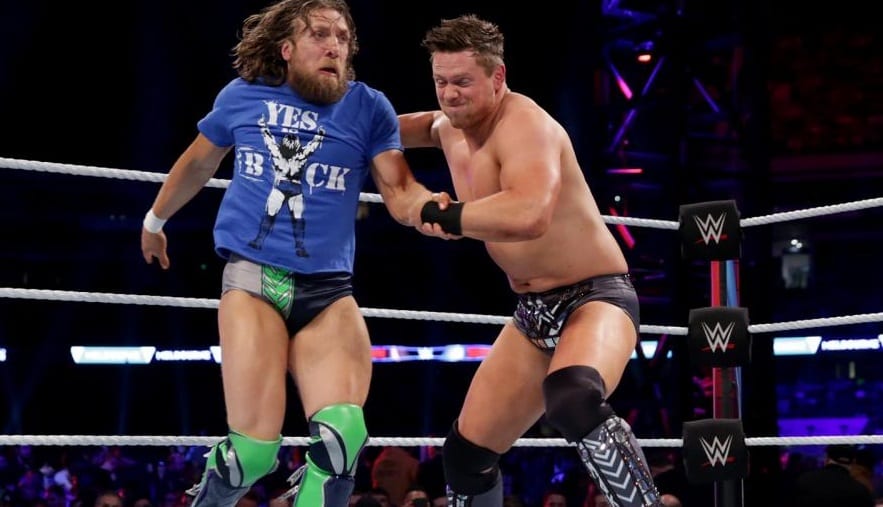 There were a few rumors floating around about why The Miz vs Daniel Bryan was cut so short at the WWE Super Show-Down event. But as it turns out, there is no heat on them and nobody’s injured. It just came down to time and how they wanted to use it, especially how Triple H wanted to use the time.

There are a few questions following WWE Super Show-Down including why Daniel Bryan vs The Miz was cut so short on the show. After all, it ended before it really started. Brad Shepard commented on Barnburner’s No Holds Barred podcast about what went down in Melbourne and he revealed something he was told about the event when he asked why Miz vs Bryan was cut short.

“Triple H was in charge of the Super Show-Down and put himself in the main event and gave himself nearly 30 minutes with The Undertaker and after talking to a source in WWE about this, this was their feedback and I’m going to quote them: ‘What more do you need to say there? This is not subjective on what planet do these two need 30 minutes?'”

It looks like the reason Daniel Bryan and The Miz was cut so short just had to do with the fact that Triple H wanted even more time with The Undertaker and the #1 contender’s match just so happened to be the encounter to get cut incredibly short because of it.