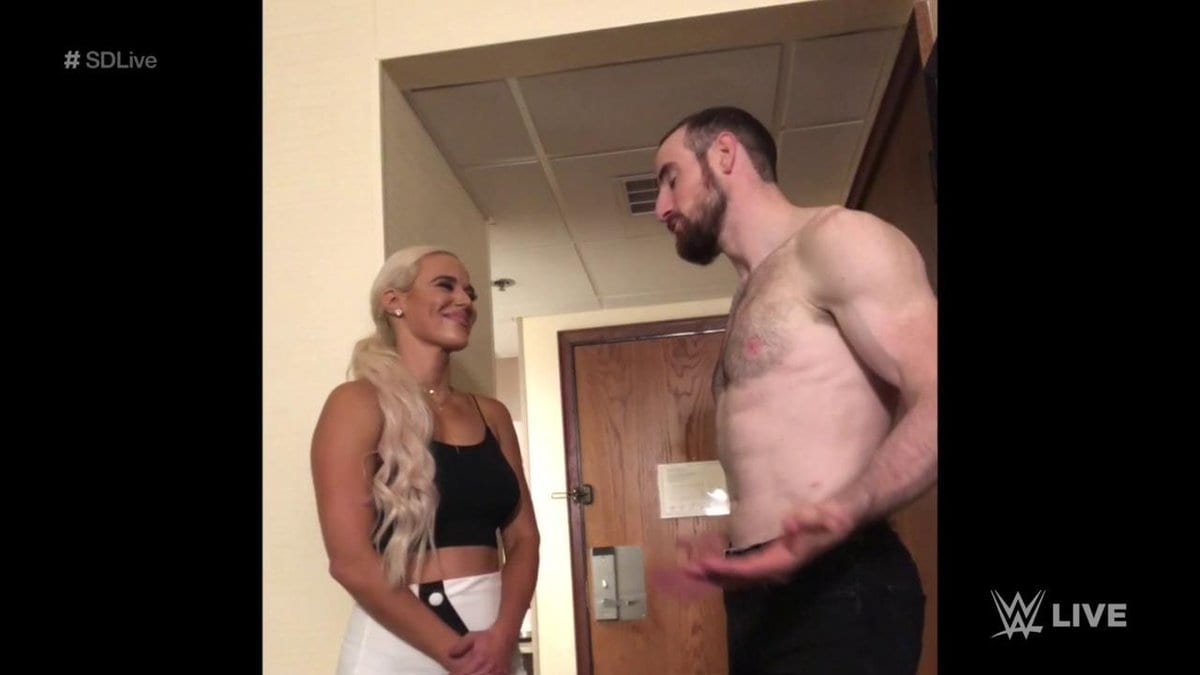 Aiden English showed the world the first few moments of One Night In Milwaukee last week and it ended without going very far but it certainly looked open for something strange going on between Aiden English and Lana.

The video didn’t stop at Lana saying “I want you” this week when English came out to show more, but instead it was Lana thanking Aiden for everything he’s done for Rusev’s career. It looked light-hearted and touching, and then English started touching Lana’s arm in the video and suddenly it froze.

Aiden said to see the rest, Rusev needed to come out. Aiden said “we all know what happens next” but he promised to destroy the video if Rusev would “kick Lana to the curb and reunite Rusev Day.”

Lana said if Aiden won’t show the rest of the video then she will. Rusev said Aiden got hacked and they took the video. So they played the whole video which included an ending this time where Lana shot Aiden’s advances down and quickly left.

English looked embarrassed to have the secret out and his leverage gone while chants of “creep” started in Aiden’s direction. Aiden said the offer is on the table and said when she’s done with Rusev Days she can treat herself to an Aiden Night.

Suddenly, Rusev ran after Aiden and chased him away. It looks like there will be a blow-off match sooner or later, but the premiere of One Night In Milwaukee didn’t work out the way Aiden English would have liked.

There's a REASON @WWEDramaKing didn't want the world to see the rest of #OneNightInMilwaukee! #SDLive pic.twitter.com/WCKsX6TYeT