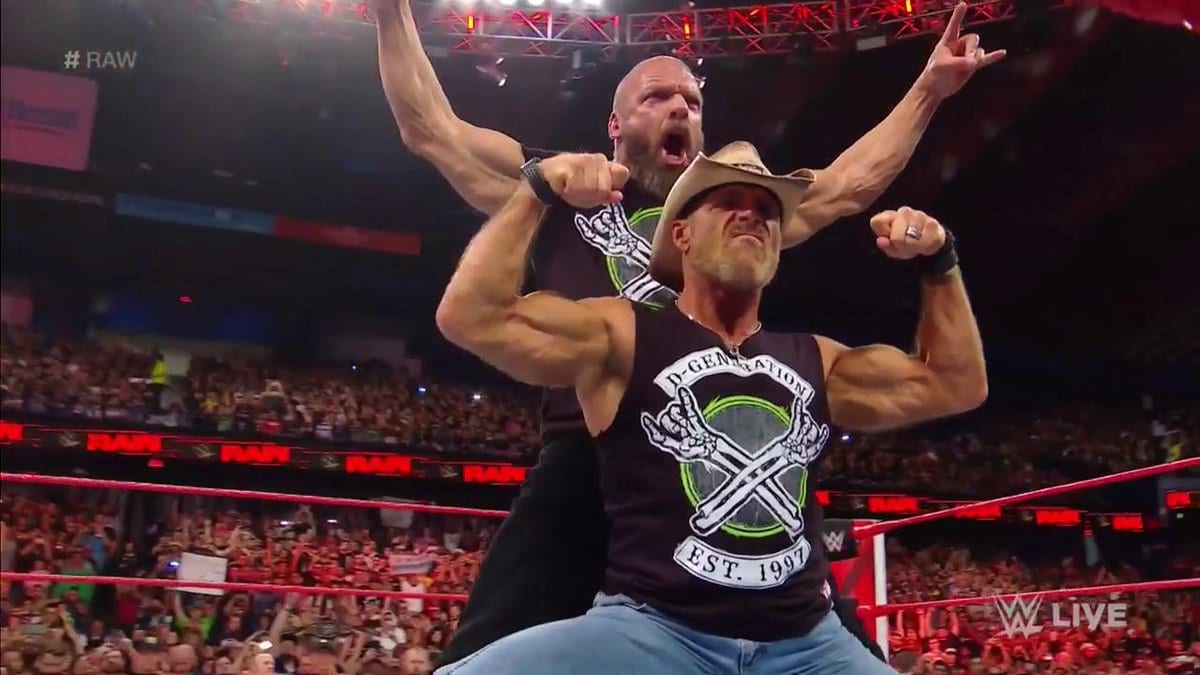 The Undertaker and Kane left WWE Super Show-Down with their feud with Triple H and Shawn Michaels wide open as they put HBK through a table and they laid Triple H out as well.

Raw opened this week and Triple H and HBK came out and challenged The Undertaker and Kane to a contest in Saudi Arabia. Then Triple H asked “are you ready?”

Suddenly, HBK and Triple H ripped off their shirts and revealed brand-new DX merch underneath. The music played and they did the DX pose with crotch chops all over.

The match is set for Crown Jewel and Saudi Arabia is getting DX vs The Brothers Of Destruction. Let’s hope this one delivers more than Taker vs Triple H in Melbourne.