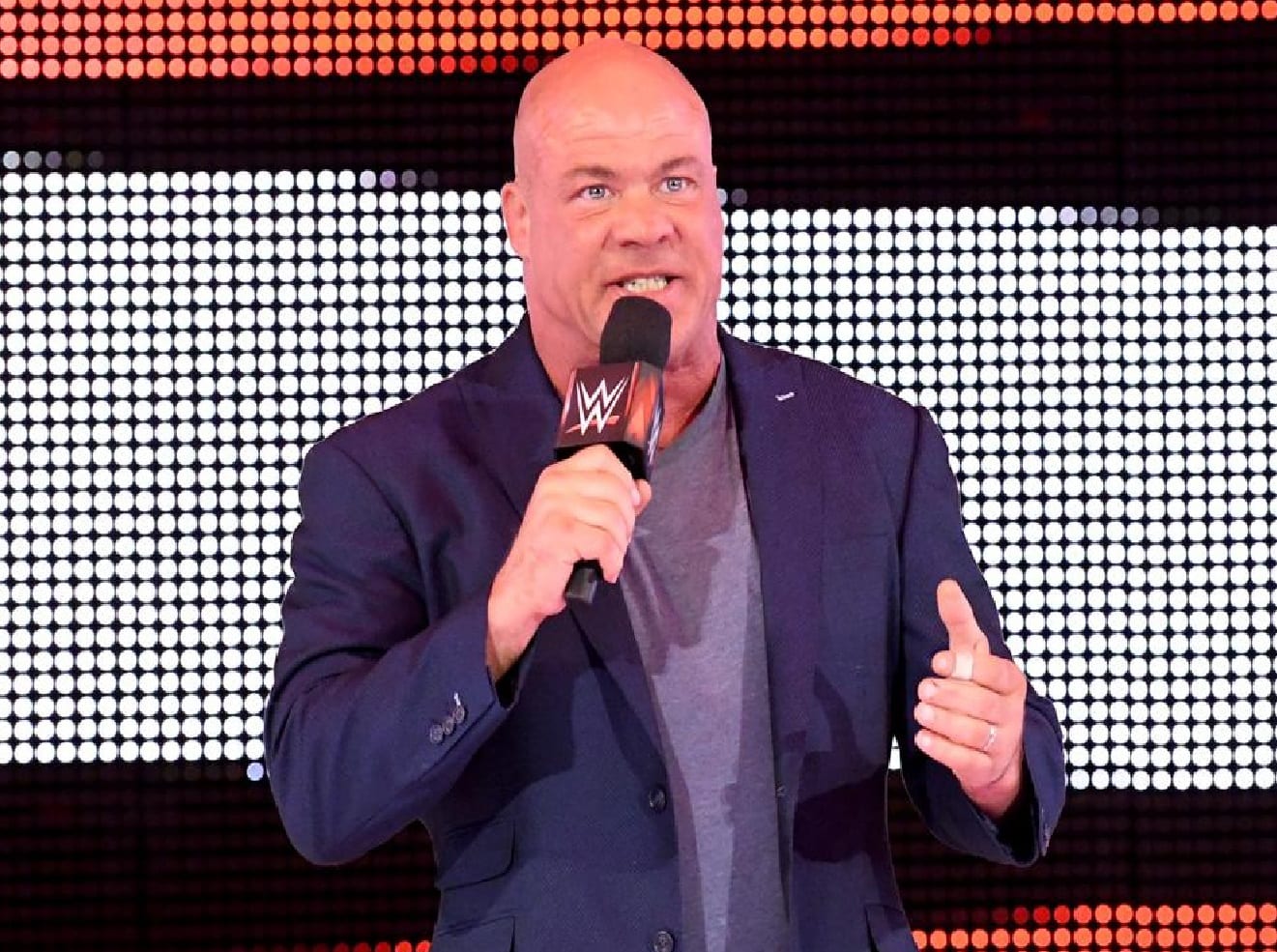 WWE Hall of Famer Kurt Angle is a prominent on-screen figure in the WWE. As Baron Corbin has taken over his role as General Manager, for the time being, Angle has been focusing on his family. At the end of every week, Angle has his own Q&A on Facebook, where he asks fans to provide him with questions he can answer.

During the latest Q&A, Angle revealed that the Iron Man match between Bret “The Hitman” Hart and Shawn “The Heartbreak Kid” Michaels from 1998 truly inspired him and caused him to fall in love with wrestling.

The former Champion explained that even without a single pinfall taking place during that historical match, he was glued to his television set, mesmerized by what he saw on the screen.

“Bret vs Shawn Ironman. I saw it in 1998 and I was mesmerized. Not one pinfall in 60 minutes and I was still glued to the tv.”

You can check out the ending of that match specifically below.

In addition to this, Angle confirmed his dream match. You can read further details about that here.

What match made you love wrestling? Have you been inspired to wrestle yourself? Let us know your thoughts, opinions, and reactions below.