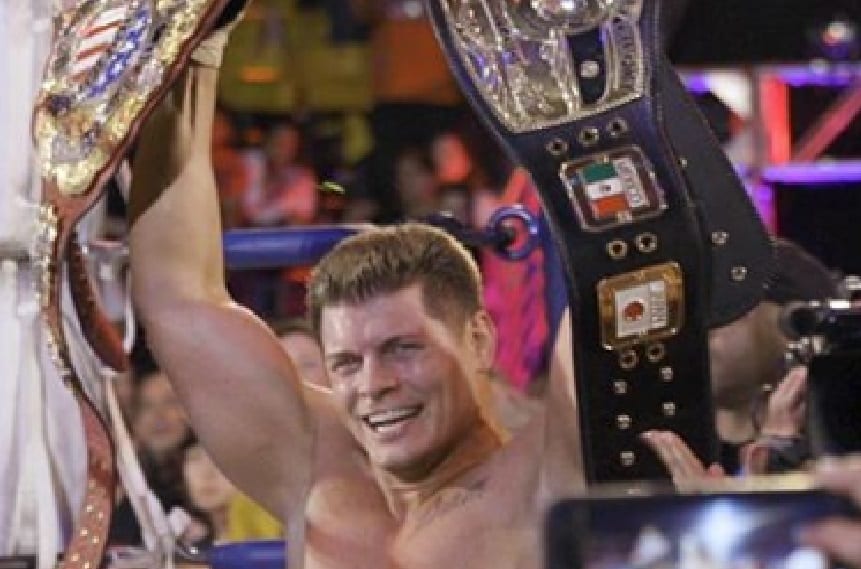 It looks like the Being The Elite guys could be headed to WWE, but at this point possibly the only people who know what’s really going on are the people directly involved. But their contracts are up at the end of 2018 so WWE certainly seems likely although they have also said that where ever they go, they will be a package deal.

Cody put up a tweet promoting an October 13th show in Monroe, NJ where he, Brandi Rhodes, The Young Bucks, Marty Scrull, and Hangman Page are all advertised. He accompanied the plug with a message saying: “Might be one of the last times the group is all together [sad crying face emoji] Come say hello!”

It didn’t take long for Rhodes to delete this tweet but thanks to StardustLifestyle on Reddit, we have a screengrab of his deleted tweet which you can check out below.

It’s very interesting that Cody would tweet this and then delete it. After all, if they’re not going anywhere then there might not be a need to delete it… then again, it is also great advertising to leave such a tweet up.

We’ll have to wait and see what Cody, the Young Bucks, Page, and Scurll do when their contracts come to an end. But it’s important to remember that Marty Scurll is locked into a contract for longer than the rest of them so if he’s WWE-bound then he might come in later.

Dave Meltzer noted on Wrestling Observer Radio that WWE had offered a deal to Hangman Page but he told them not now, so maybe he’s waiting for his friends? Either way, it makes this whole situation pretty interesting. 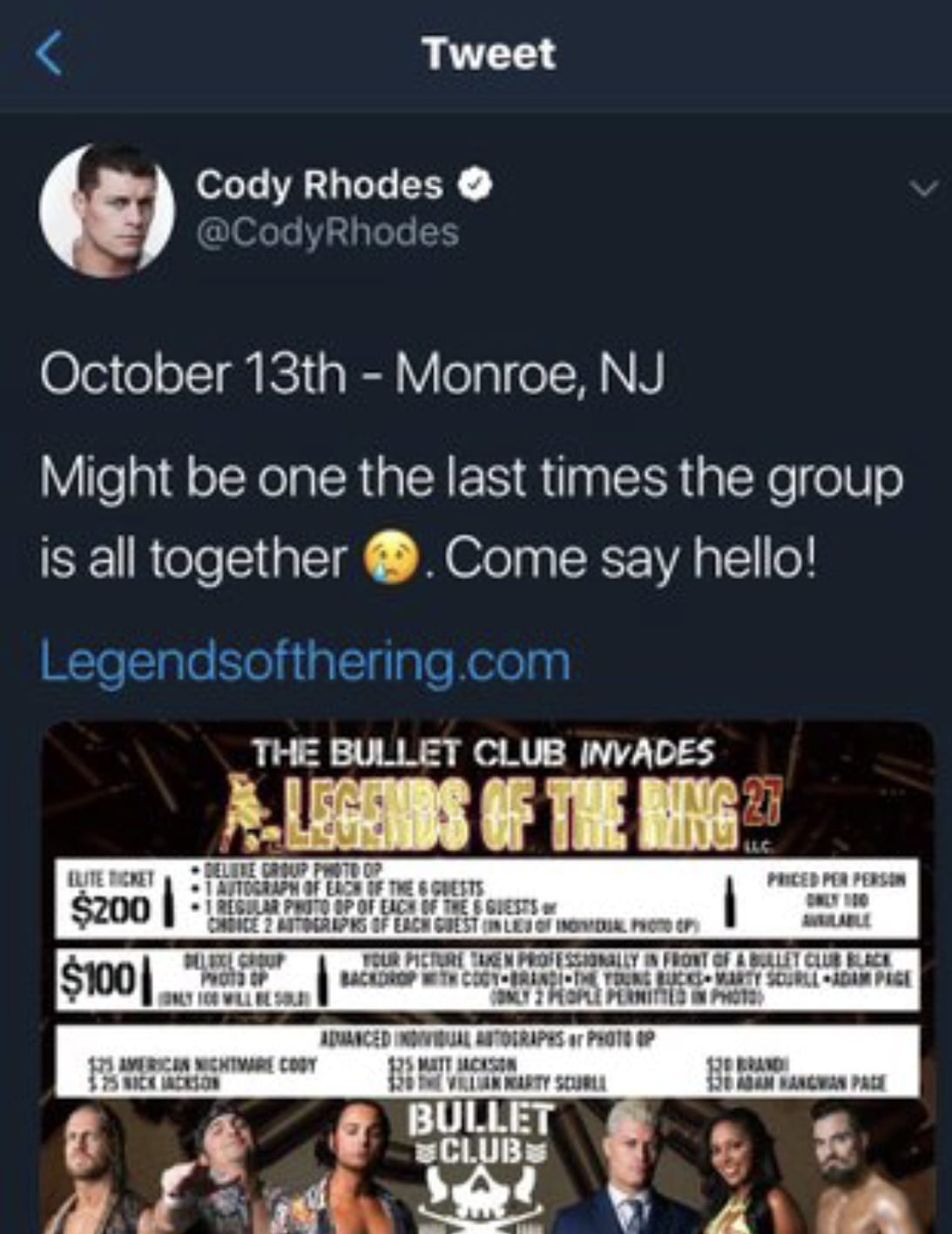