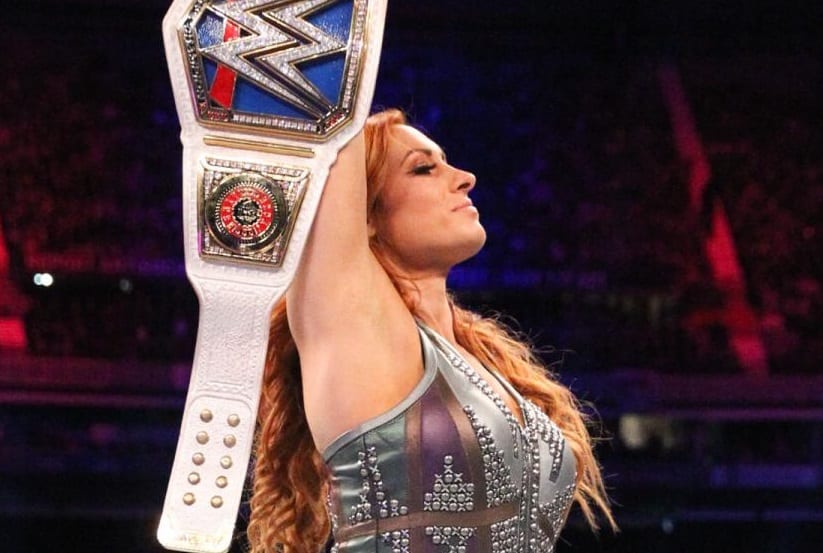 Becky Lynch is turning into the kind of heel that fans love to cheer for. She turned heel after SummerSlam when attacking Charlotte Flair, but it got the pop of the night. Then her promos to follow and actions in the ring with sneak attacks brought a sort of “Steve Austin” kind of pop from the crowd which she was honored to hear the comparisons.

Becky was able to walk out of the Super Show-Down with her title in tow, but she lost the match via DQ after hitting Flair with her title. It turns out there was a good reason for this ending though. Because Lynch is set to defend her SmackDown Women’s Championship once again on SmackDown Live.

The match on Tuesday will have a special stipulation as well due to Lynch’s actions in Melbourne Australia, but she’s not happy at all with that. Now Becky Lynch can lose her title via DQ which is never a stipulation that favors the heel.

The Lass Kicker commented on Twitter saying: “Even when I’m the champion, they still tip the scales against me. Looks like I’m fighting a battle on both sides of the curtain. Nothing new there.” This certainly matches up with her heel persona.

Only time will tell how WWE books this one, but it might not be a very fun night for Becky Lynch as SmackDown Live rolls into Bankers Life Fieldhouse in Indianapolis Indiana.

Even when I’m the champion, they still tip the scales against me. Looks like I’m fighting a battle on both sides of the curtain. Nothing new therehttps://t.co/YYUd4Ck5YT