You never know what can happen when you’re a pro wrestler because your career can take any number of twists and turns. After all, the pro wrestling ring can be a very unpredictable environment. One Reddit user, Snoosnooplexcity stumbled across an old interview from former WWE Superstar Chris Nowinski that was rather weird indeed.

Nowinski had to retire very prematurely due to suffering a concussion. Then he dedicated his life to research of CTE and concussions. The Harvard graduate is doing well and using his own experience in the field to bring a lot of awareness to the topic.

But in an issue of World Of Wrestling magazine from around 18 years ago, Nowinski was quoted saying: “The only wrestling I got to watch as a kid was at my cousin’s house. I wasn’t allowed at my house. My mom’s quote was: ‘Wrestling causes brain damage.’ She thought it made you stupid. I think she’s wrong.”

Of course, being a fan of pro wrestling can’t cause brain damage alone, but taking too many bad bumps in the ring certainly can which is something Nowinski later suffered and then dedicated his life to researching. 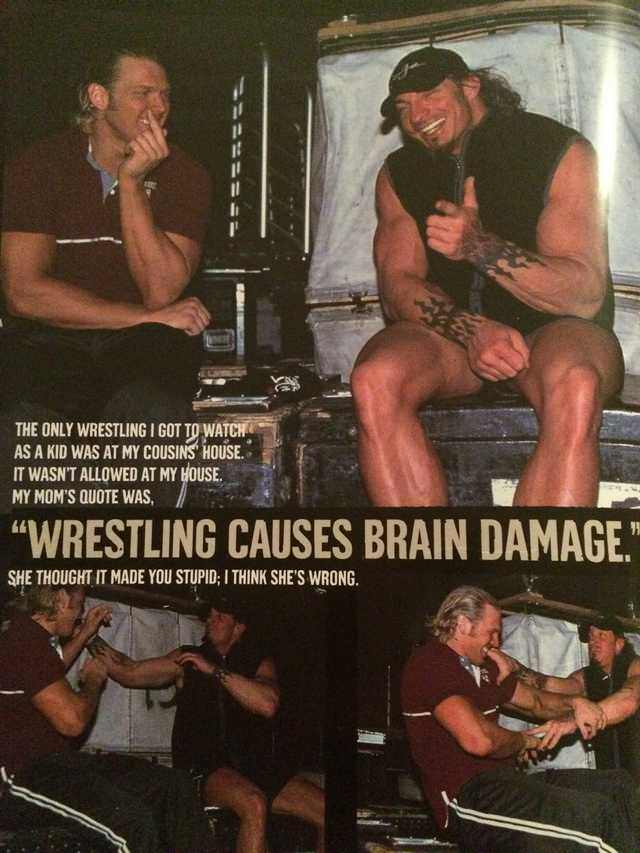